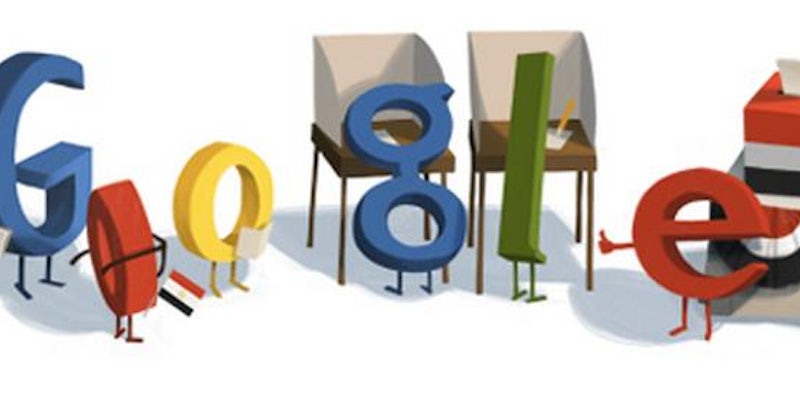 While millions of Egyptians turned out to vote during the first election since the fall of President Hosni Mubarak, Google was hard at work giving citizens the tools necessary to make informed decisions.

Google launched an “elections landing page” to provide Egyptians information on different political parties, news clips, and YouTube videos of citizens expressing their opinions. The information on the site is curated by the Egyptian Higher Elections Committee, which supervises the election.

“Google is committed to educating voters on the key issues in this election and empowering them to have a voice in this critical conversation,” Samir ElBahaie, regional policy and government affairs manager for Google, told TheNextWeb. “The Internet is playing an increasingly significant role, helping bolster civic engagement and has become a powerful mechanism for information sharing in Egypt and around the world.”

So far, more than 400 videos have been uploaded to a YouTube page, called Sayyed Qararak, in which “parliamentary candidates speak about their positions, among other things,” reported TheNextWeb.

Aside from rolling out its elections guide, Google also released a commemorative doodle celebrating the historic occasion.