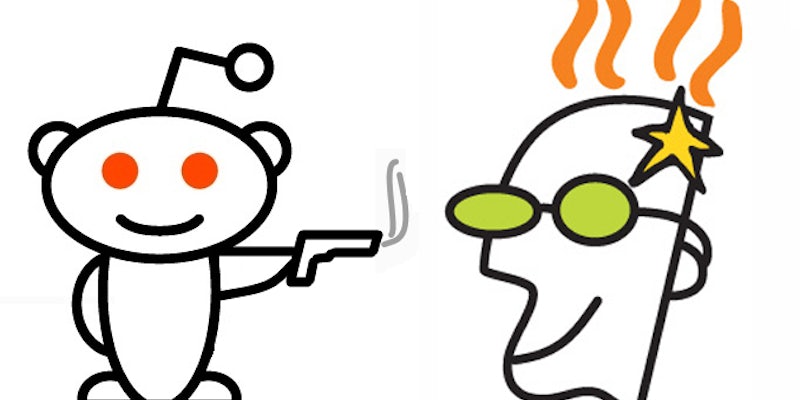 Redditors discuss whether GoDaddy was really hurt by its controversial positions on the Stop Online Piracy Act.

In the history of public relation nightmares, GoDaddy’s flip-flopping position on the controversial Stop Online Piracy Act ranks among the worst Internet-related flubs.

Over the last week, GoDaddy has lost more than 70,000 domains and thousands of people on Reddit have boycotted the company after it changed its stance on SOPA, a bill that ostensibly aims to help enforce copyright online, threatens free speech, and tampers with the technical underpinnings of the Internet.

The vitriol on Reddit has been so intense that it inspired one redditor to develop a Google Chrome plug-in that allows users to see if a website is hosted on GoDaddy.

GoDaddy CEO Warren Adelman responded to some of the criticism Friday claiming that his company “has been working to help craft revisions to this legislation — but we can clearly do better.”

Adelman’s statement had little effect on Web luminaries such as Wikileaks’ founder Jimmy Wales, who announced Monday that his company would be transferring away any domains registered under GoDaddy, reported the Huffington Post.

“I am proud to announce that the Wikipedia domain names will move away from GoDaddy,” Wales tweeted. “Their position on #sopa is unacceptable to us.”

Yet despite all the negative press, GoDaddy has remained positive. One employee even told the masses on Reddit that “GoDaddy isn’t going to be crippled by this.”

And according to redditors, this GoDaddy employee may be right.

Over the last two days, SOPA and GoDaddy were the subject of at least four different Reddit posts that collected more than 3,300 comments combined. While most comments contained the perfunctory “I hate SOPA” sentiments, others were from fact-obsessed redditors who refused to believe articles from The Next Web, Techi and CBS News that portrayed GoDaddy as an injured giant.

“They lose and gain roughly that number of domains every week,” wrote TheAmbiguityBuster in response to a post titled “GoDaddy lost 72,354 domains this week. It’s not enough.”

“It never will be enough because domain registry is their loss leader,” wrote harshpotatoes. “They also provide hosting which is where the real money is at. [T]his obsession with Godaddy is distracting from the real issue at hand, which is sopa.”

To support the argument that GoDaddy has yet to be affected by the negative press, Redditor acurtis85 posted the following graph showing how many domain the company GoDaddy lost and gained in December: 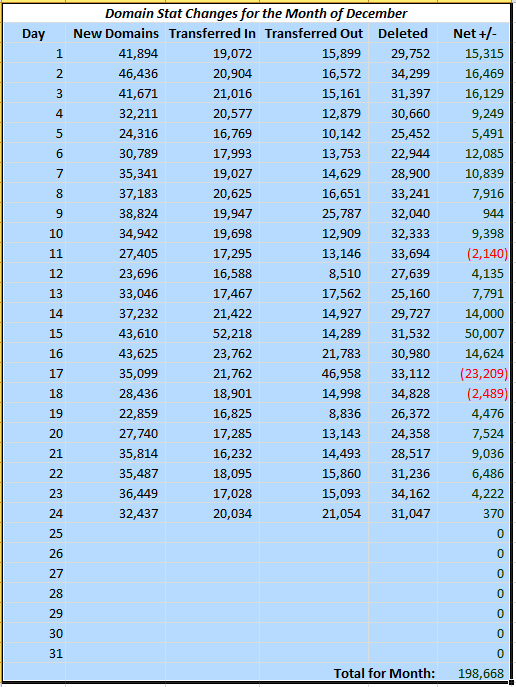 While many redditors feel that their war against SOPA, and companies who support it, may be in vain, others refuse to give up hope.

“[T]hey lost my 34 domains,” wrote GuidoZ. “Domains that I would have renewed next year. And all my future business – I’m an IT advisor to many companies… and I’m going to advise (and assist for free) that they switch away too. The idea is to have everyone that can do the same, then they will feel it. Reputation and trust are HUGE in the tech field. GoDaddy just burned both to many people that count.”