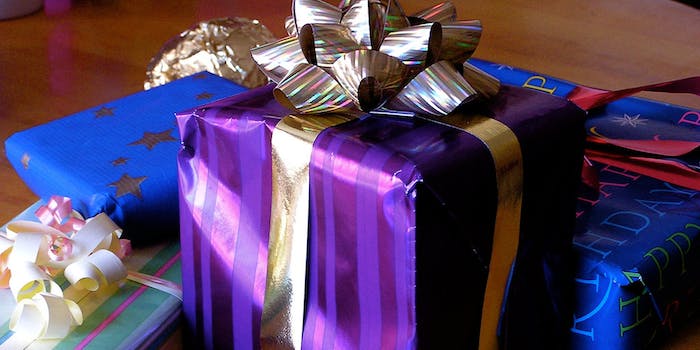 Mom tries to give daughter a horrible present, and it backfires hilariously

Never try to predict how a child will react to something.

No matter how much you try to predict a child’s reaction to something, you will almost undoubtedly be proven wrong.

Jessi Eaton tried giving her daughter a terrible present that in no normal circumstances would be meant for a toddler for her birthday and recorded it. Eaton hasn’t said why she decided to do this, but if nothing else, it’d be an amusing video to embarrass her daughter with when she was older.

However, things went a lot better than anyone could’ve ever expected.

Eaton gave her daughter her real birthday gifts—a Reese’s cup, a popsicle, and a new princess dress—after the camera went off and mentioned that she had almost “the same exact reaction” to her real presents. She’s gonna be able to handle receiving unwanted gifts from relatives for years just fine.