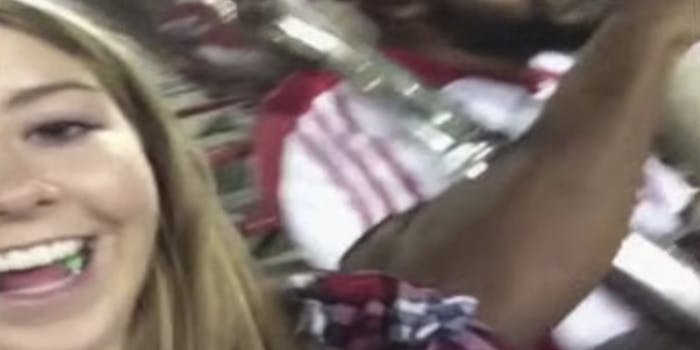 Girl gets wrecked by sousaphone while attempting marching band selfie

She got a little too close.

The selfie has been a subject of much debate, with many arguments for and against. Is it merely a shallow pursuit for narcissistic millennials? Or is it an empowering—maybe even feminist—art form, dismissed on sexist grounds because women are its best and most prominent practitioners?

I don’t know, but I do know that this girl was walking waaaay too close to this marching band when shooting this selfie video.

The clip is blowing up on Reddit under the headline “fuck you and your selfie!“—the prevailing consensus among people who have yet to take a good selfie—though a helpful band geek did come through with a defense of the sousaphone player, who it seems was not acting with malice aforethought:

Either way, there’s a 50-50 chance she swallowed that gum.