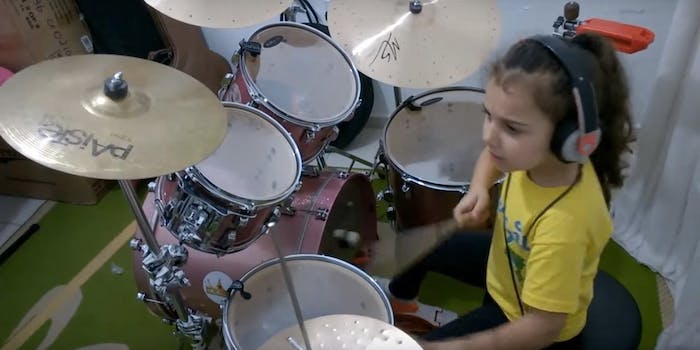 All while wearing adorable socks.

At the tender age of five, Eduarda Henklein-Baterista might not be old enough to remember System of a Down during their heyday. But that doesn’t mean she can’t totally own one of their songs on the drums.

Eduarda is from Joinville, Brazil, and rocks out to the likes of Led Zeppelin and other macho rock. Her cover of “Toxicity” has caught the attention of the Internet, and for good reason. She flawlessly plays the drums while giving the camera a huge smile and little “whoo!” at the 2:47 mark.

You can check out the rest of her covers over at her YouTube channel.