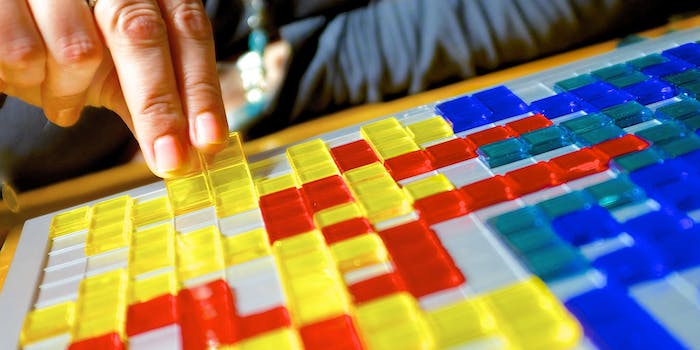 3 addictive games that will make you look busy at work

How to be Employee of the Month without really trying.

All humans want to do is sleep, eat, and fornicate. Unfortunately, civilization mandates that we work to afford all the sleeping, eating, and

For many of us, this means working nine-hour days, slowly ruining our

posture in front of a Windows 10 computer. Since humans were not built to focus

on mundane tasks for an extended period of time, we turn to simple distractions

to keep us from jumping out of our office window.

to “open seating,” aka the devil’s formation, I’ve had to find discreet ways to look

productive. Recently, I’ve found the beauty in trivial five-minute games that keep me

Thus, I present a comprehensive list of the best games to play at work

that have yet to get me fired. 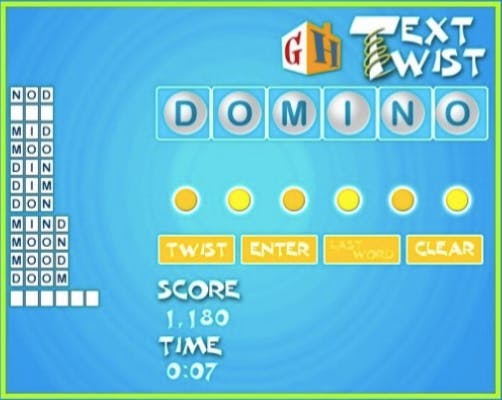 The premise is simple. You are given six to nine letters and shuffle them into as many words as you can within the allotted time. Generally, you type until you have

reached your vocabulary capacity, then just start making up words.

furiously, going ham on that inbox. It simulates all the motions of white-collar labor while stimulating the part of your brain that holds useless information.

For bonus points with your boss, furrow your brow, squint your eyebrows, and 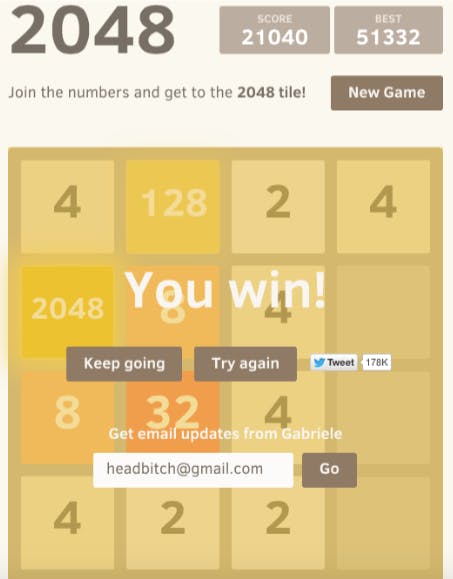 You may already be aware of the 2048 phenomenon

that swept the nation several months ago—all you have to do is multiply numbers together until they equal 2048, a task that sounds easy

because it really fucking is.

In all fairness, it took me nine months to reach 2048

because I’m slow. There is a very easy strategy to adopt, but if, like me, you’re

the type of person to start building IKEA furniture without reading the instructions,

I’m going to encourage you to suffer through your own stubbornness.

involves arranging numbers for zero gain. Why is 2048 ideal for an office setting? Because it prompts rapid eye movement that makes anyone sitting across from

you think you’re reading. For added effect, mumble the 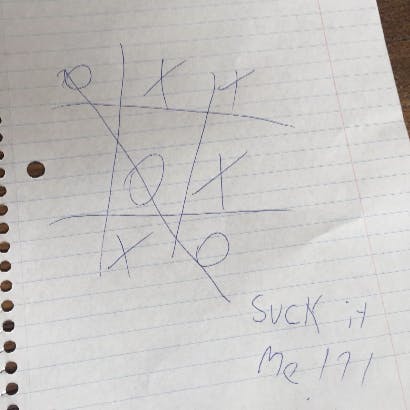 not work-related, you can always rely on the oldest game in the book: Tic-Tac-Toe. Of course, most of us have evolved from this primitive model, but desperate

Have you ever beaten yourself in a game of

Tic-Tac-Toe? It’s not a feat for the weary. Now’s your chance to see if you’re

smart enough to outsmart yourself. Since the key to victory is knowing your

enemy (a fact I learned from Sun Tzu’s The Art of War, get educated), you’ll have to act so

of Tic-Tac-Toe is enough to make you go mad, and consequently makes the slow-moving hours of the workday fly by in comparison. The nice thing here is your boss will never

Photo via Jamie McCaffrey/Flickr (CC BY 2.0)