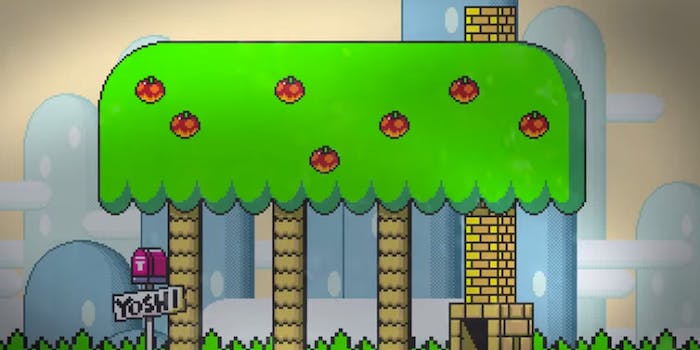 ‘Game of Thrones’ gets 1-upped with a ‘Super Mario’ remix

All Marios must die.

The opening credits for HBO’s Game of Thrones are known for their intricate visuals. They lay out the complicated fictional world of Westeros castle by castle, showing the vast scope of the series’ world while stirring music plays.

They’re pretty badass, but so is this mashup, which combines the sweeping grandeur of Game of Thrones with the bleepy-bloopy throwback fun of Super Mario World. Yoshi’s Island isn’t exactly Winterfell… but it works in the video, which compares the Mushroom Kingdom to Westeros.

Crossover theory: Maybe Daenerys’s dragons aren’t the only of their kind. Yoshi’s not quite Drogon, but he’s way more amenable to people riding him.

The video was created by NicksplosionFX, who also created a side-by-side comparison so viewers could see exactly how closely he replicated the show’s distinctive opening: