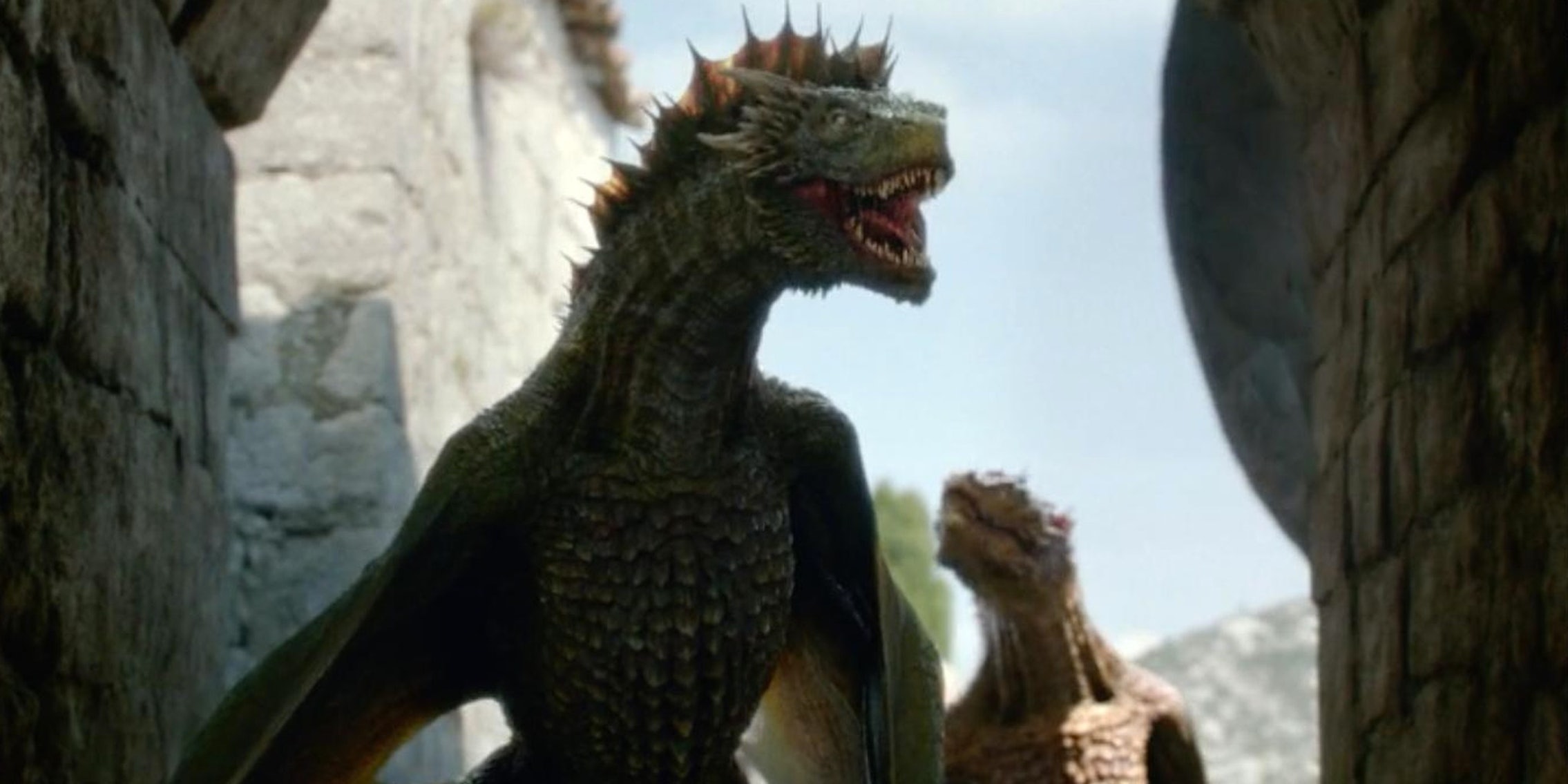 All it takes is Sarah McLachlan’s “Angel,” and you've got heart-wrenching gold.

Years ago, Sarah McLachlan’s animal-cruelty commercial, full of one-eyed animal babies and set to her song “Angel,” left millions of viewers in tears. Get a whole wad of tissues handy, because we’re about to revisit it. With dragons.

Last night’s Game of Thrones season 4 finale saw Daenerys Targaryen exercising some behavior that would get most mothers in trouble with child protective services.

The Mother of Dragons has been putting up with dragon adolescence for at least two seasons now, and enough is enough. When a man came to Khaleesi clutching the charred remains of his child, she realized that it was time for her babies to suffer a rather strict timeout.

The image of Daenerys shackling up Rhaegal and Viserion in the catacombs is quite the contrast to Game of Thrones’ second-season finale, in which Khaleesi helps free her baby dragons from warlock manacles. It’s heartbreaking: The Breaker of Chains ends up binding her children to the floor of a cold basement. It’s just begging to be scored with Sarah McLachlan’s “Angel.” It’s just like those heart-wrenching SPCA ads, only hilariously overdramatic.