When you play the Game of Brands, you win or you buy.

Have you been seeing all these Game of Thrones-branded products in the aisles recently? I was at the grocery store the other day, picking up a bottle of Valar Morghulis to ease the between-season angst I’ve been feeling since last seeing Westeros, when I spotted it. Walking through the aisles, a familiar face leaped out at me from the detergents. 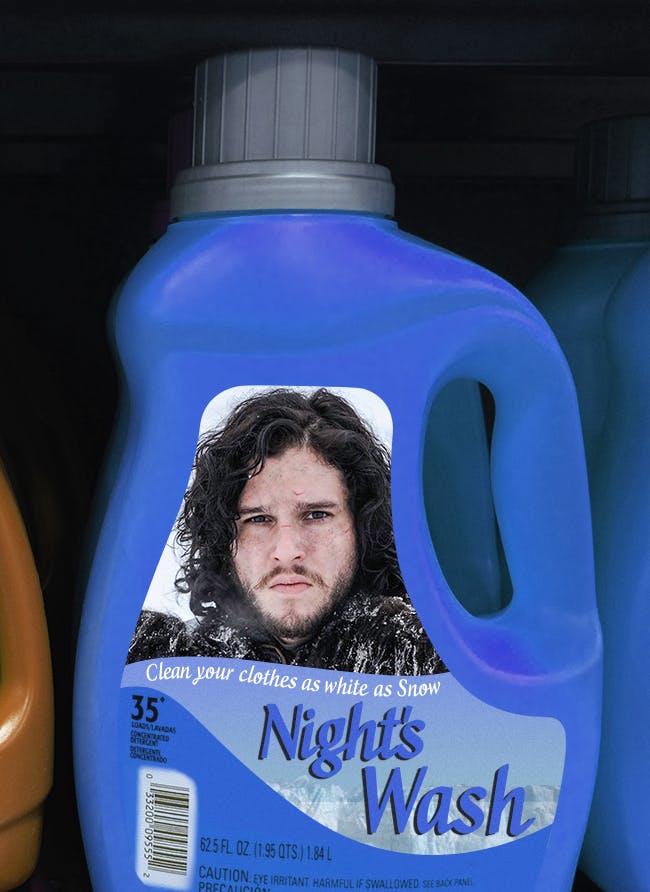 It couldn’t be! But then again, I was holding an officially branded Game of Thrones adult beverage. I laughed to myself and walked further down through the health and beauty section toward the checkout. That’s when these condoms caught my eye. 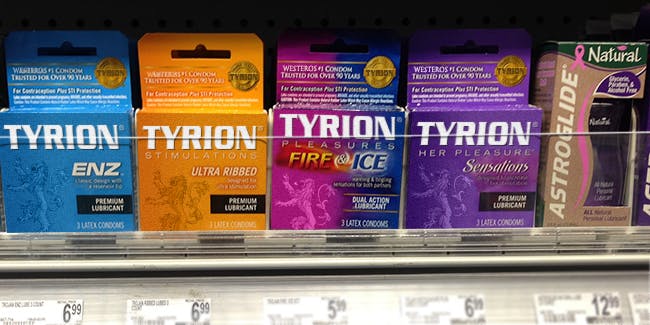 I know Tyrion says, “We always love the wrong woman,” but this is absurd. A dong of ice and fire? Who’s looking for that? Anyway, I tried them on, and they’re far too roomy. Good on ya, Imp.

I turned down the snack aisle against my better judgment, but a bag of chips was the perfect compliment to this moody Belgian Dubbel. I didn’t even make it to the chips before I spotted these sugar-frosted nightmares. Mother of Desserts? TOO FAR. 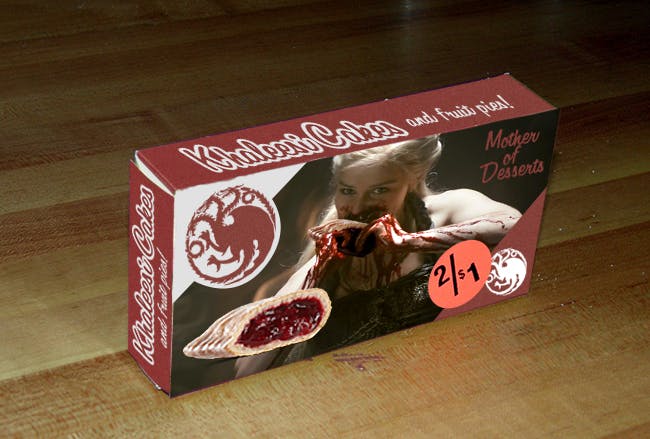 Well, of course I bought two. Will you look at the cherry filling just pouring out of that thing? I was slightly less messy when eating mine than Khaleesi is on the box. They’re clearly knock-offs, but what is Little Debbie going to do in the face of three dragons—send lawyers? 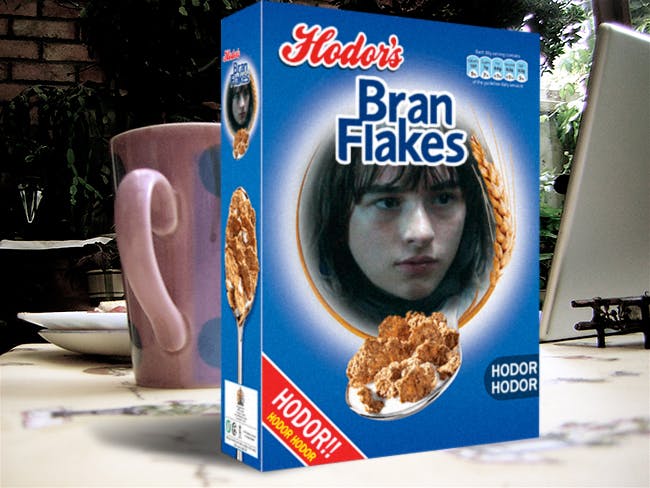