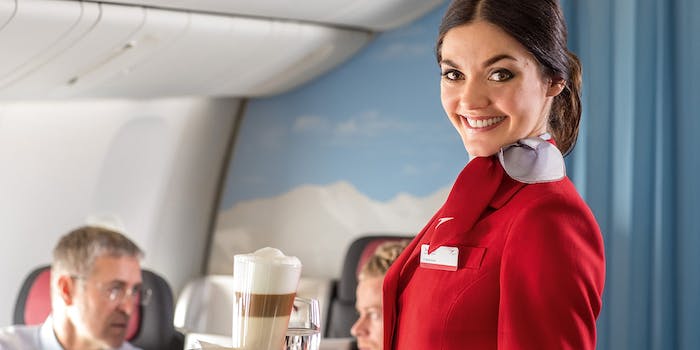 All hail this groovy flight attendant dancing to ‘Uptown Funk’

She's literally dancing in the aisles.

Instead of simply serving drinks and giving people safety advice, the world’s coolest flight attendant starting her passengers’ journey with a funky dance.

We really hope these moves are part of her airplane safety presentation, because we’d pay attention. By dancing in the aisles, she’s bringing some much-needed entertainment to the dreary world of air travel.

And obviously she’s dancing to Uptown Funk, because that song will never die.