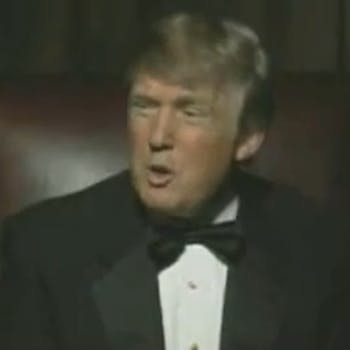 New app warns you when your tweets might get you fired

A new tool tracks certain negative phrases about bosses and jobs, and warns Twitter users when they're about to get fired.

If you’ve complained about your boss or job on Twitter, watch out for a warning from a new app called FireMe!. Ricardo Kawase and his team at the University of Hannover, Germany, created the tool, which tracks certain negative phrases about bosses and jobs and rates how likely they are to get the poster fired.

When FireMe! flags such a tweet, it automatically sends a tweet to the user in question, reading something like, “Can you imagine if your boss gets to know that you said: ‘I hate my job so much’. You said that on Twitter and the whole world can see it!” according to New Scientist. (I’d be surprised if that exact tweet was sent, since it clocks in at 138 characters with no space for a handle.)

The offending user is also sent a link to their FireMeter! score, a percentage showing how likely they might be to get fired. It’s based on negativity toward their job and how often they’d cursed in the last 100 tweets. The score is just for fun, but weighs into the overall philosophy of helping people watch what they tweet. For the record, I have a four percent chance of being fired, according to the tool, probably because I use bad words now and again.

Those sent a message were given the option to delete their tweet. After 4,304 warning tweets over three weeks, 249 people deleted their questionable message within two hours. Kawase’s team, which will present findings to the Web Science conference in Paris next month, found those slamming their jobs tended to tweet more often than others and had fewer followers than those who shared positive thoughts about their work.

With that in mind, FireMe! also highlights those who have kind words for their jobs and employers: 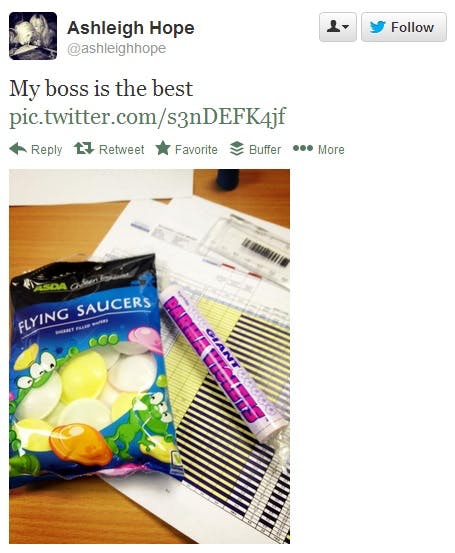 A little love can go a lot further than some hate.