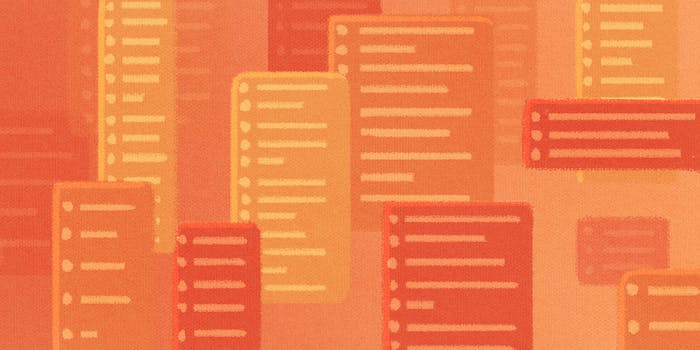 When life hands you listicles—rank them.

Ranking ain’t easy. But luckily, I’m here to dive into the listicles and resurface with (ranked) results. Here are the Web’s most essential and palatable lists.

OK “Nate Silver.” I get it. You’re a smart guy and a scientist or whatever. And you did your best to apply science to figuring out the best place to live in New York City. BUT PARK SLOPE IS No. 1. LIKE ARE YOU KIDDING ME? (BRB I AM SEIZING WITH RAGE.)

Silver’s major error—aside from ranking Park Slope No. 1, ranking Murray Hill above the East Village, Harlem falling into last place, and his failure to include Bed-Stuy and Bushwick—is his futile attempt at objectivity. A ranking is an opinion. Let’s keep science out of this. Thanks.

Nothing is more infuriating than a ranking article that is straight-up wrong (there are more than a million things more infuriating, obviously). But asserting that Taco Bell is the best fast food chain borders on blasphemy. Asserting Arby’s is better than In ‘N Out and Five Guys?

In the simple words of commenter Silversurf, “You guys are freaking fools.”

Best comment: “none of this is real food. it is processed, GMO based, sugar filled, non-nutrient based junk. its sad we call this food. real some Michael Pollan, E!, and start some socially responsible reporting.”

While I admire how thoughtful this is, it seems to have a mainstream and myopic definition of  “sexy.” Perhaps I’m bitter because the hairy-armpitted ladies of my alma mater, Oberlin College, didn’t make the cut. But mostly, this ranking seems to be targeted to straight white people, and that’s a bummer.

The general public lacks familiarity with the majority of Britney’s live work and thus, this is boring af. Full disclosure: I didn’t read it or watch any of the videos.

In the beautifully minimalist opening, Olivia writes, “Simply the best, consolidated simply for the pleasure of having them all in one place.” Cute. Her major error is not putting Romy and Michele’s High School Reunion at No. 1.

Big ups to Blackmon for introducing me to the magic of the male model cycles of America’s Next Top Model. But is this article ranking the best or the worst makeovers? Make a decision.

9) Things I Regret Saying Yes To Until the Very Moment They Happen, Ranked (Dayna Evans, Gawker)

A great rankings article inspires the reader to reflect on her own experiences. As an NYC kid, I had my fair share of bar mitzvah fun— what 12-year-old doesn’t like getting nasty to “The Cha Cha Slide Part 2” at venues that cost tens of thousands of dollars to rent out for the night?

(My personal favorite bar mitzvah memory: All of the grinding. All of it.)

Whether you’re a snob or just an honest, hard-working fellow, this will appeal to you. If there’s one thing that unites us all, it’s our love of dumb animal videos. 10/10.

Clearly, I am one to appreciate a list ranking lists, plus this one sent me into a nice Wikipedia K-hole.

5) 32 Competent Things Men Do That We Find Sexual, Ranked (Alex Molotkow and Haley Mlotek, The Hairpin)

This is great, but I am genuinely disappointed that “Opens beer with lighter” didn’t make the cut.

Best comment: “this is so gendered it makes me feel weird!”

(Best comment: “Can a younger millennial explain the irony of this article?”)

This is exactly what clickbait critics, liberal arts school professors, and most likely my parents would like all ranking articles to be: educational and useful.

As someone with a phobia of airports, I thank Potter for this informative list.

As somebody with a degree in creative writing, I (consequently) appreciate the minimal and literary nature of this (deeply underrated) article.

1) A Yeezy For All Seasons (Casey Johnston, Medium)

This is far more than a ranking article; it is a well-researched work of art. While I disagree with Johnston’s conclusion that “Runaway” is Ye’s best song—for I’m a Yeezus girl—I admire the fact that she took on this challenge with elegance, eloquence, and grace. Because there is no singular best Kanye song, and all we can really do is try to make sense of his impressive oeuvre.