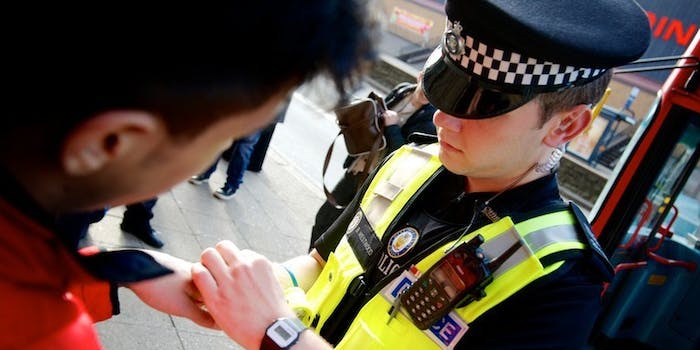 Inside the movement to reform America’s police brutality problem

Police reforms are happening, whether we recognize it or not.

Among the many things I remember vividly from Philly After Ferguson, a citywide town hall meeting co-organized by Techbook Online intended to discuss ways to improve policing, political participation, and public perception of the black community (especially black men and boys) was Deputy Philadelphia Police Commissioner, Kevin Bethel, admitting that changes to policing are happening, whether or not he and his peers are ready for it.

The slight moment of candor from Bethel, amidst otherwise robotic talk of processes, may have gone unacknowledged by many due to the tense and explosive nature of the event, but it was significant nonetheless.

Both here in Philadelphia and across the country, social change and policy changes, despite what may be the popular opinion, are without a doubt happening—though it may not be accelerated in a way that would satisfy those most oppressed by and frustrated with police brutality.

Social change isn’t about arresting Darren Wilson for the death of Michael Brown or releasing the name of the Philadelphia police officer who killed Brandon Tate-Brown on December 15, 2015. That’s justice.

Social change is, however, the federal government informing Ferguson officials to either negotiate a settlement with the Justice Department or face being sued on civil rights charges; this move came about after after the department found that Ferguson police tactics have long a “disparate impact” on African-Americans. Despite the resistance of those in power, changes within the Ferguson police department are underway.

And in the case of Tate-Brown—whose death remains, for the most part, a mystery—social change is visible. Nearly a month ago, the investigation was kept tightly under wraps, with no information available but what police officials wanted public. However, a little more than a week after Philly After Ferguson, Tanya Brown-Dickerson, the mother of the slain 26-year-old man was allowed to watch the video of her son’s fatal encounter with police, a demand she and her supporters have vocalized for months.

In addition to Brown-Dickerson and her lawyer being allowed to view the evidence, Kelvyn Anderson, Executive Director of the Philadelphia Police Advisory Commission, who had been locked out of the investigation since its commencement, was able to peruse the witness statements and videos, as per an invitation by Philadelphia Police Commissioner Charles H. Ramsey.

Ramsey, who co-chairs the President’s Task Force on 21st century Policing, was in Washington, D.C., yesterday to convene with President Barack Obama and others to review the recommendations of the task force.

Of the 63 recommendations laid out by police practitioners, the most “controversial,” as Obama argued, is that local law enforcement agencies should consider requiring independent criminal investigations and independent prosecutors in cases where the use of force by police officers results in injury or death.

According to the New York Times, the panel “called for the creation of a federal initiative to diversify law enforcement agencies so they better reflect their communities’ demographic makeup and suggested that federal funding be tied to those efforts.”

The panel also recommended that police departments be required to collect and post information on their websites about stops, frisks, summons, arrests, and crimes, broken down by demographics. They also suggested less confrontational practices by the police and steps to “minimize the appearance of a military operation” when dealing with large protests.

These same ideas are already being introduced by NYPD Commissioner Bill Bratton, who recently discussed adding “customer satisfaction” as a metric in how they measure their department’s successes. A similar plan is in the works at the Philadelphia Police Department.

We as a society are a long way from a Utopia—or anything that even resembles it—but that doesn’t mean we can’t celebrate the small wins and the incremental social changes that are happening right under our nose.

Changes to policing in America are happening, and we can only hope that it’s just a matter of time before police reforms become as visible and as widely acknowledged by the public as their many transgressions.