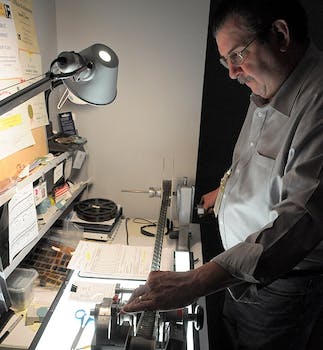 She spent hours every day searching Craigslist for the sex ads and flagging them, trying slow down the flow of men stalking her. She was 64 years old.

Someone on the Internet was tormenting her. Men from all over the United States would drive miles to her farm in Marshall, Virginia, looking for sex. She set up hidden cameras and a security gate and plastered signs all over her property, urging them that the ads were lies and they were trespassing, but that didn’t help—the flow of visitors was constant, relentless. Some just wouldn’t leave, no matter what she told them, and she had to call the cops, sometimes multiple times in a single day. She spent hours of her day searching Craigslist for the ads and flagging them, in ultimately futile bids to slow down the flow of men.

The woman lived in a constant state of “fear and distress,” according to a federal indictment filed March 21 in a Virginia court. Federal prosecutors allege that her stalker is a former lover: 61-year-old Library of Congress staffer Kenneth Kuban. They dated for six months in 2011. He was arrested March 22 and charged with a felony count of stalking. He could face five years in prison if found guilty.

Prosecutors Kuban used his computer at the Library of Congress to post advertisements to the casual encounters section of Craigslist, in which he’d pose as the woman (a “senior lady”) and ask for sex with a “hung man” who can “give me some pleasuring.”

Here’s one of the ads copied shown in the indictment: 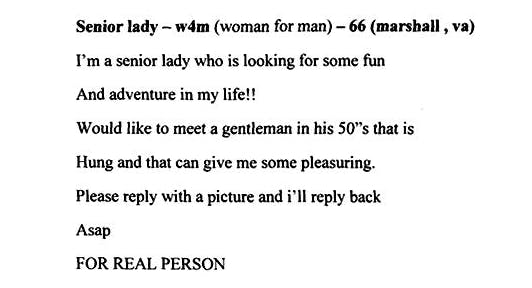 Investigators launched an undercover sting on Kuban. Search warrants issued to Craigslist revealed the IP address used to post the advertisements came from two locations: Either a Library of Congress computer, where Kuban works as a film preservationist, or his home address in Reva, Virginia.

The harassment and stalking campaign began after the couple broke up in early 2011. The woman filed a restraining order against Kuban, at which point he took his campaign online and began posting the phony Craigslist ads. He’s currently sitting in jail, while he waits for an April 1 preliminary hearing.

You can read excerpts of the indictment at The Smoking Gun.