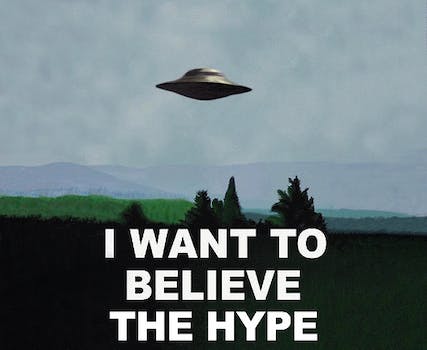 On the FBI's new Vault site, readers can browse topics from counterterrorism to the gangster era. But the most popular record by far is a single-page memo from 1950.

“Sorry, no smoking gun on UFOs.” Probably not the message the FBI thought they’d be making when they first published thousands of their old records online. But in last week’s public memo, they did just that.

Two years ago, the FBI launched The Vault, a home for scanned documents released under the Freedom of Information Act. Readers can browse topics from counterterrorism to the gangster era, but the most popular record by far is a single-page memo from 1950.

Now read by almost a million people, the Guy Hottel memo concerns a third-hand claim that three “so-called flying saucers” had been recovered in New Mexico, along with three bodies “of human shape but only 3 feet tall.” Yes, the most popular page in the FBI’s Vault is an X-File.

In last week’s somewhat tongue-in-cheek Vault update, the FBI pointed out that the Guy Hottel memo isn’t quite as groundbreaking as people seem to think. Not only was it previously released in 1970, it also lacks any real evidence that the UFOs in question even existed. For the three years following the Roswell incident in 1947 (which you can also read about on the Vault), J. Edgar Hoover did assign FBI agents to investigate UFO sightings, but the source in the Guy Hottel memo was deemed so unreliable that no further investigation was ever attempted.

So while more people click on the Guy Hottel memo every day, it doesn’t actually have much to tell us about UFOs. As the FBI’s own site puts it, “the mystery remains.”