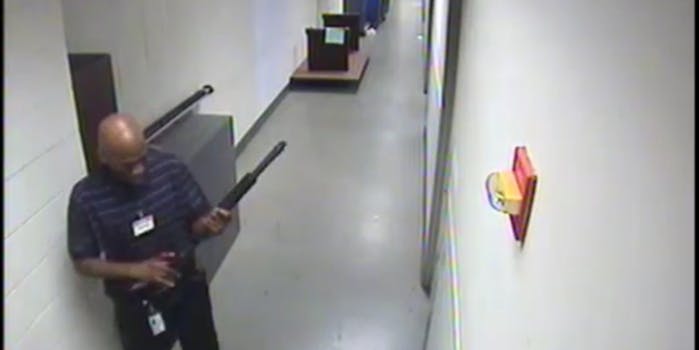 In the video, the Navy Yard shooter is seen entering the building, loading a gun.

Today, the FBI released a 30-second clip of now-deceased Washington Navy Yard shooter Aaron Alexis. In the video, taken from security camera footage, Alexis can be seen entering the building, loading his gun, and walking down a hallway.

Alexis, a 34-year-old civilian contractor, opened fire at the Navy Yard on Monday, Sept. 16, killing 12 people. He was able to access the building with a special security clearance, given to contractors visiting military bases for work, despite Alexis’s past disciplinary issues. Weeks before the shooting, Alexis also told police in Rhode Island that he heard voices in his hotel room, but he was never evaluated.