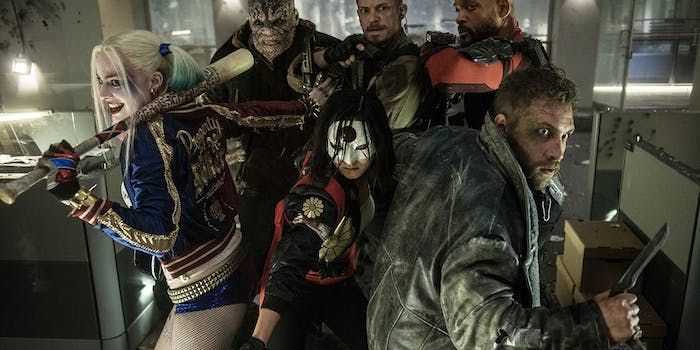 The newest installment didn't just take over Twitter. It conquered the world.

Furious 7 dominated the U.S. and international box office this weekend. The seventh film in the overdriven action franchise crossed the finish line in first this opening weekend, bringing in $392.3 million in global ticket sales ($143.6 million in U.S. box offices), making it the fourth biggest debut behind two Harry Potter movies and the seemingly unstoppable Avengers franchise. This outcome defied all expectations. Being a devotee of the series, I was understandably excited:

Usually when a franchise runs this long, it’s relegated to the DVD bargain bin at Walmart, never really seeing any time in the box office. However, the Fast & Furious movies have defied Hollywood physics. Since the release of the fourth installment, each movie has outgrossed the last, with Furious 7 on track to claim the gold and join the Billion Dollar Club.

So what’s the deal? Why are these movies so dang successful? Well, for a number of reasons.

In a recent interview with Jimmy Kimmel, franchise star Vin Diesel hinted at the future of Fast & Furious, and even introduced a new way of looking at the franchise: as trilogies. According to Diesel, Furious 7, was intended to kick off the next trilogy with a storyline anchored by Mr. Nobody (Kurt Russell), the Fast & Furious Nick Fury of sorts. As Kate Erbland of Film School Rejects argues, “the first trilogy was about racing, the second was about heists, and now we’re moving into espionage territory.”

In 2001, you could not have predicted where Fast & Furious would end up fourteen years later, let alone that it’d still be around. The series’ ability to evolve from a simple Point Break with cars to a blue collar version of Captain America: The Winter Soldier is what’s so enticing about Fast & Furious. Each installment is so different—at least once the Justin Lin era started—that each movie stays fresh and keeps audiences at the edge of their seats.

Name one thing The Avengers doesn’t have? (Hint: Nick Fury isn’t an Avenger.) The third-highest grossing movie of all time is still super white—a problem that continues to plague film and television. Often criticism of Hollywood’s lack of diversity is met with the rebuttal that studios can’t sell a movie or TV show with people of color in lead roles. That, of course, is incorrect.

Where most movies seem to have significant trouble with inclusion, Fast & Furious handles with ease in terms of culturally diverse casting. Many articles boast that “this is what America looks like” when addressing the diversity in the Fast & Furious world. Wesley Morris writes in his Pulitzer Prize-winning piece, “Fast Forward,” that the Fast & Furious movies “feature race as a fact of life as opposed to a social problem or an occasion for self-congratulation.”

Each movie improved on the last, too, relying less on the white-centric storyline of the first three movies, and instead focusing on the multicultural ensemble. People of color make up the majority of the movie-going audience in the U.S., with Latinos over-represented in theaters, followed by African-Americans. Furious 7’s opening weekend was comprised of a 75 percent non-white audience, and fans took notice:

Will this open up multicultural casting in Hollywood? #Furious7 Audience 75% Non-White: Inside the Diversity Stats https://t.co/2LDzhgactc

The things you can do with a multicultural cast & strong roles for women- #Furious7 Debuts to $384M Globally https://t.co/oun5Az6KCz @variety

The #Furious7 poster looks like a multicultural #justiceleague to me. Cars are secondary at this point. Smart.

There’s something monumentally heartbreaking about the death of a celebrity. In a recent piece for the Daily Dot, I noted, “Celebrities […] are so present in public consciousness that when one dies, fans who have never met them can feel that sense of loss.” After Paul Walker’s death in November 2013, production halted for four months and James Wan retooled the film to work around the loss. “It was a very daunting concept,” director James Wan told the L.A. Times, “but it was one that we realized we had to do. We had to finish this movie [for Paul]. [We] wanted to finish a movie that he is proud of that would honor his legacy and memories.”

Using Walker’s brothers, Caleb and Cody, as well as some CGI, Wan worked toward a send off for Brian O’Conner in the film. Furious 7 concludes with a touching tribute to the actor that resulted in waterworks for a ton of Walker’s fans. I even found myself clearing my throat.

The ending was incredibly moving, and the tribute is bringing fans to the screenings in droves.

Tragedy aside, this movie is nuts. The Daily Dot’s Miles Klee summed up the insanity of Furious 7 in one precious moment:

There’s a scene in which [Dwayne Johnson] realizes that his fellow protagonists are in trouble—and that only he can save them. But he’s laid up in a hospital bed nursing a broken arm. Glowering with concentration, he flexes his bicep and the cast just crumbles off him. The audience screamed its approval. Imagine a movie made of nothing but these moments. That’s what Furious 7 is.

Furious 7 is nothing if not excessively ridiculous, and I really do mean that in the best way possible. From beginning to end, I pumped my fist, celebrating every ridiculous car stunt, every ridiculous explosion, and every ridiculous one-liner. That must have been the intended effect. On the over-the-top car stunts, Wan explains, “We realized jumping one car from one building to another building is something another action movie would do, but a Fast & Furious movie would go an extra building.” How else can you follow that glorious setpiece involving a tank in Fast & Furious 6?

When movies are produced to perform in international markets, spectacle becomes an important element to drive those global ticket sales. Big movies with loud explosions, wild stunts, and simple dialogue do incredibly well on the global scale. At least Furious 7 does all this in style, making a multimillion dollar car fly through the Etihad Towers in Abu Dhabi.

Obviously! The constant in the Fast & Furious films second only to “family” are the cars. Even at its worst—some will say 2 Fast 2 Furious, others will cite Tokyo Drift—Fast & Furious soars when the cars are moving full throttle. Regardless of where the franchise started, or where it goes from here, cars will always be the defining characteristic of Fast & Furious.

Like Dom and the gang, these five reasons work together, as a family, to become one massive reason for the movie’s success: Furious 7 is good. It knows exactly what the it’s supposed to be—a no-holds-barred thrill ride (with cars)—and delivers.

Now how long are we supposed to wait for Fast 8 Furious? I think it’s about time Dom thwarts the assassination of Abraham Lincoln.