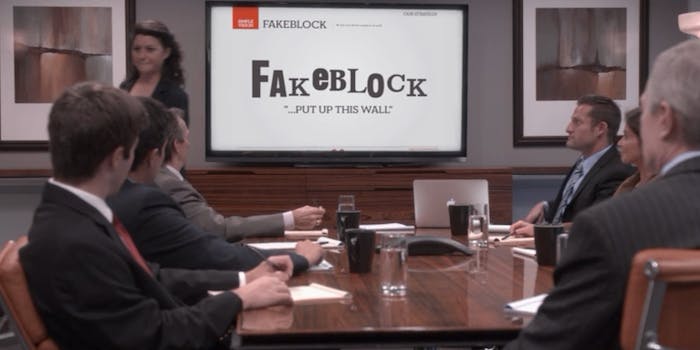 If you’re tired of social networking, try Hell Is Other People. It’s a new app that allows you to avoid anyone you know by taking data from Foursquare and warning you when you’re getting too close.

The program’s website says it will “track your friends” and “calculate optimally distanced locations for avoiding them.” According to the Huffington Post U.K., Hell Is Other People, named for a quote by philosopher Jean-Paul Sartre in his book No Exit, highlights various ‘safe zones’ where people you know won’t be and gives you critical information about friends’ Foursquare check-ins so you can attempt to skirt around them.

The app was created by Scott Garner, a U.S. developer who said he struggles with social anxiety.

Garner posted this video to Vimeo of himself testing the app, and because he had too many friends around, he ended up spending most of his time in parks. Not a bad way to see some nature. Alone. Like Thoreau.

As fans of the new season of Arrested Development know (spoiler alert, I guess!), the young George-Michael—or, we should say, George Maharis—creates an “antisocial network” called Fakeblock. It’s especially funny if you’ve ever had to explain the difference between AD’s Michael Cera and Jesse Eisenberg, who portrayed Mark Zuckerberg in The Social Network.

It was too good of an idea not to exist in the real world.