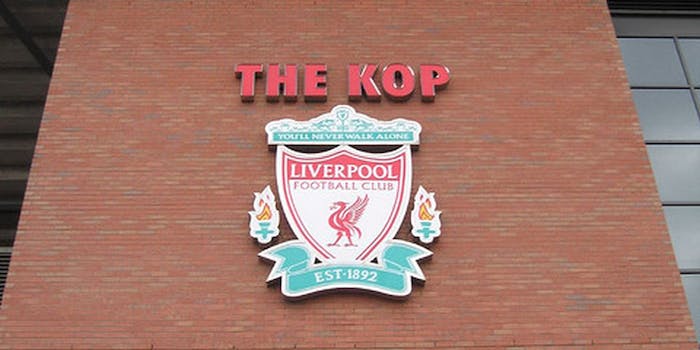 Did a fake YouTube video of soccer player lead to a $30 million transaction?

Liverpool Football Club was allegedly inspired to secure the rights to Stewart Downing last summer after a video demonstrating his pinpoint accuracy went viral. Theres's just one small problem: The video was doctored.

Would you ever spend tens of millions of dollars to hire someone based on a viral video?

That’s apparently what Liverpool Football Club did when it secured the services of player Stewart Downing last summer, judging from a rumor that’s been flying around the Web over the last few days.

In mid-2010, Downing’s former club Aston Villa released a video of him kicking five balls into trash cans from some distance away. As the story goes, Liverpool’s owners were so impressed by the clip that it encouraged them to shell out an estimated £20 million ($31.3 million) for the right to sign Downing to a contract.

There’s just one small problem: The video has been doctored. Keeping a close eye on the balls as they sail through the air, it becomes apparent that the footage does not quite showcase Downing’s skills accurately. The balls waver unnaturally in the air as they curve into the trash cans. Also, the color and patterning of the grass differs between the left and right sides of the frame.

If you watch the clip through to the end, the video’s legitimacy becomes even more fuzzy as supposed “internal footage” gives way to a season ticket sales pitch.

Some mainstream news outlets claimed that Liverpool had signed Downing in large part due to the video’s impact on chairman Tom Werner and principal owner John W. Henry.

The story has since spread like wildfire, leading Werner to release a statement denying reports that the video was the catalyst for Downing’s signing:

It’s a great story, but unfortunately for the person who wrote the piece, it isn’t true. It actually comes from an interview I did five months ago with Ian Ayre for our club TV channel in which I said that when we first talked about signing Stewart, we’d found a video of him kicking footballs into some trash cans. I explained in that interview back in August we knew the footage had been doctored but I guess that detail doesn’t really help stand up the story. …

The amount of people involved and the work that goes into a signing a player is huge so the suggestion that we’d buy someone on the back of one doctored video is ridiculous. The story that a hoax video caused us to buy a player is more of a hoax than the video. John [Henry] and I don’t get involved in choosing footballers to acquire.

In a Reddit thread, a redditor backed up Werner’s statement about the ridiculousness of the video claims. “Yes, their whole multimillion pound scouting department and their manager with 50 years of experience in the game had nothing to do with [Downing’s signing]. Majorly successful businessmen often ignore these highly qualified men because of short YouTube videos,” commented devineman.

Meanwhile, the joke about the video being real has spread to other clips on YouTube, such as a video of a long-distance pass by ex-Newcastle United and current Liverpool player José Enrique. YouTuber FrozenWatermelons18 commented, “Be careful﻿ Liverpool this could of been fake!”

If any more evidence were needed that the video is not quite real, here’s a fact for you: Since joining Liverpool, Downing has yet to score or assist a goal in a Premier League game, despite playing in every league game this season. Pinpoint accuracy, indeed.