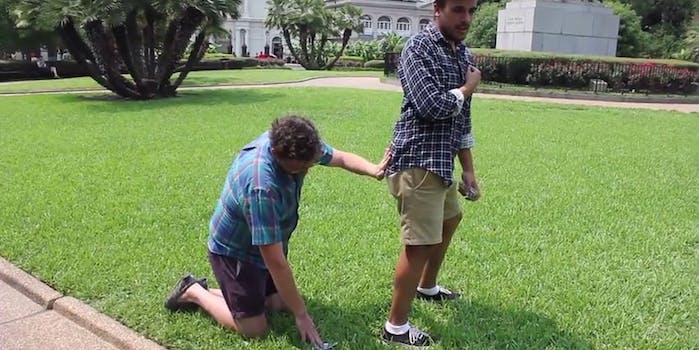 This is why you should never trust a street magician.

Warning: This article contains material that may be NSFW.

Joseph Costello may not be a real magician, but he is still pulling off tricks that are far more impressive than yanking a rabbit out of a hat.

Instead, he is making people intentionally get into very compromising positions—in public.

Operating under the assumption that people will follow your directions no matter what a magician tells them, Costello dupes unsuspecting people into groping each other, insulting themselves, and much worse.

And here we thought that strip poker was the naughtiest fun you could have with a deck of cards.