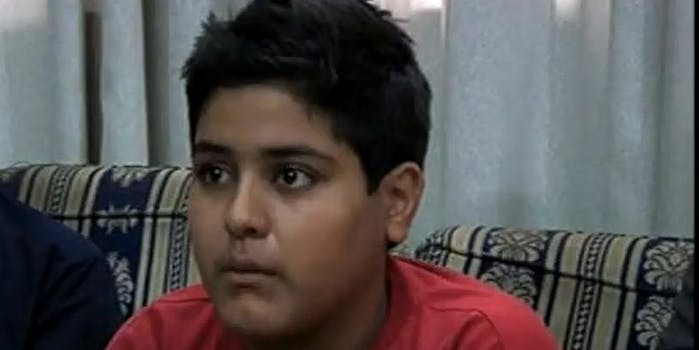 A 13-year-old boy was returned to his parents after being rescued from kidnappers in Pakistan.

A 13-year-old boy was returned to his parents after being rescued from kidnappers in Pakistan.

The boy, identified as Mustafa, became Facebook friends with his kidnappers around six months ago. They masqueraded as an online gaming friend of Mustafa’s.

After arranging to meet, the gang abducted him and took him from Pakistan’s largest city, Karachi, to a town around 20 miles away on Friday. The boy’s family received demands for a ransom of 50 million rupees ($899,723).

Police used mobile phone records to trace the location of Mustafa, said to be the son of a senior customs official.

After being reunited with her son, who claimed the kidnappers tortured him, Mustafa’s mother urged other parents to watch what their kids are doing online.

“This is my request to all the parents to never let their children make friendship on Facebook,” she said. “I beg you for God’s sake that you never do.”