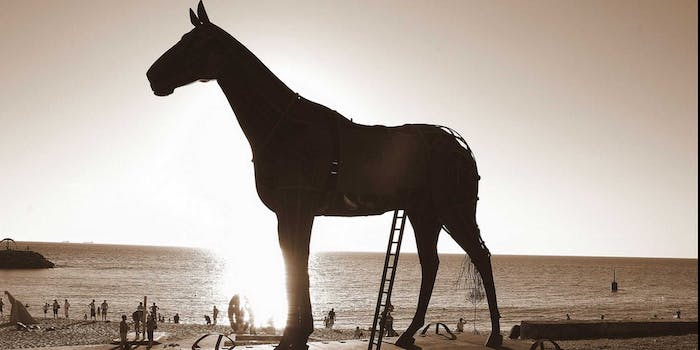 On Facebook, the 7-year-old ZeuS Trojan horse is back with a vengeance.

Users who click on the wrong Facebook link run the risk of giving international criminals complete access to their bank accounts. It’s a vicious 7-year-old Trojan horse program, and it’s back.

The program, called ZeuS, installs itself on your computer, where it stays dormant until you visit a banking site. That’s when it fires up. steals your passwords, and sucks the money out of your accounts.

ZeuS may be old, but it’s only gotten more popular in recent years, morphing and mutating into even more malicious variants much like real biological viruses. According to security firm Trend Micro, reports of the Trojan have been steadily rising since April and reached their peak in May.

On Facebook, the virus appears to spread largely via comments posted to groups by fake accounts. One post, still active, sits at the top of the “Bring the N.F.L. to Los Angeles” group. According to The New York Times, the spam links take users to sites controlled by the “Russian Business Network” an online criminal syndicate specializing in all types of sleazy online activity, “from identity theft to child pornography.” 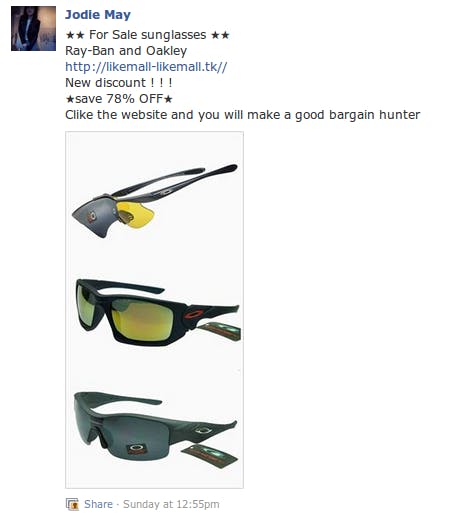 Despite multiple complaints about the links—and the one on the NFL group in particular—Facebook apparently hasn’t banned the link. A representative declined to comment on the New York Times piece, and simply directed their reporter to an earlier statement admonishing Facebook users to protect themselves.