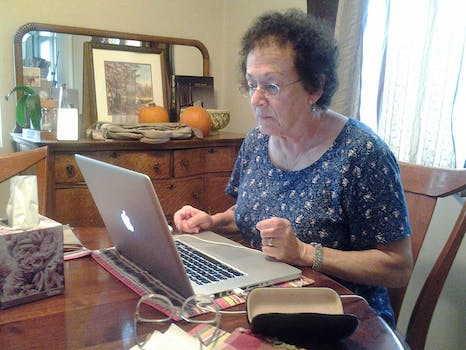 Senior who used Facebook saw an improvement in their ability to "quickly add or delete the contents of their working memory."

A new study conducted by University of Arizona psychology graduate student Janelle Wohltmann suggests that older adults over the age 65 can improve their cognitive function by using Facebook.

According to Wohltmann, who shared her findings with colleagues this month at the International Neuropsychological Society’s 41st Annual Meeting, senior citizens who were active on the social network showed a 25 percent improvement on their mental updating abilities, or “tasks designed to measure their ability to continuously monitor and to quickly add or delete the contents of their working memory.”

For her experiment, Wohltman took 42 older adults— ranging from the ages of 68 to 91— who had little to no experience on the site, and asked them to fill out various questionnaires and neuropsychological tests that measure social factors such as loneliness and cognitive abilities.

Wohltmann then divided them into three separate groups of 14. The first group was given instructions on how to properly use Facebook. They were also told to friend the other participants in this group and to update their pages at least once a day.

A second group of 14 were given accounts to Penzu.com, an online diary site with no social sharing component. They were told to write at least one entry a day, with each entry being no longer than five sentences. This latter directive was meant to emulate the brevity of a typical Facebook update.

The third bloc of senior citizens were used as the control group. These individuals were told that they were on a waitlist to receive Facebook training, but that never happened.

After 8 weeks, Wohltmann once again asked that all 42 seniors complete the same questionnaires and exams they took prior to the experiment.

The experiment found that the group of Facebook users saw a 25 percent boost in their mental updating capabilities. The other two groups saw no improvement in their performance.

“The idea evolved from two bodies of research,” Wohltmann told UA News, a media outlet for the school. “One, there is evidence to suggest that staying more cognitively engaged – learning new skills, not just becoming a couch potato when you retire but staying active – leads to better cognitive performing. It’s kind of this ‘use it or lose it’ hypothesis.”

The next time grandma pokes you on Facebook or posts the latest George Takei meme on your wall, you should probably let her for the sake of her health.