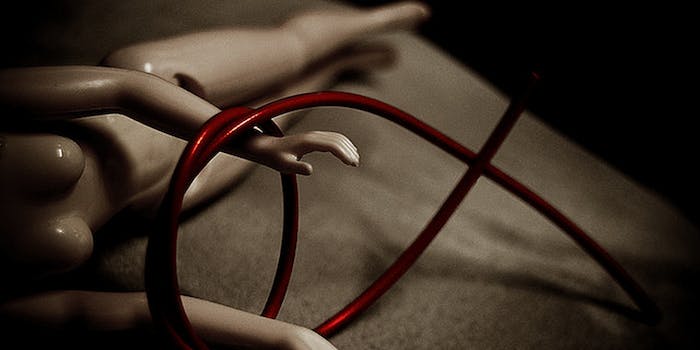 What took Facebook so long to remove this shockingly violent page?

Facebook took more than a month to remove a fan page that reportedly posted photos of abused children, severed heads, raped teenage girls, and dead bodies, according to Swedish news site Nyheter24 (News24). The page was called Ogrish TV and was apparently similar, but unconnected, to a popular website of the same name. (Warning: Link contains graphic images that are not safe for work.)

The social network has struggled repeatedly to address pages with hate speech and offensive content that violate the company’s terms of service. In June, a page called Ban Islam, which advocated violence against Muslims, was briefly taken down, only after it drew national attention. The Daily Dot reported the page for targeting a religious group, to which Facebook responded:

“Thank you for taking the time to report something that you feel may violate our Community Standards. Reports like yours are an important part of making Facebook a safe and welcoming environment. We reviewed the page you reported for containing hate speech or symbols and found it doesn’t violate our community standard on hate speech.”

Facebook’s content and community policing is wildly inconsistent. The company, it seems, only removes pages after they’ve received negative media attention. For example, a fat-shaming page called Creatures of Lorain County, which posted pictures of women without their consent was left up, while a page that did the same thing but labeled the women “sluts” was taken down. There have also been a rash of Facebook pages promoting violence against women, in particular, that Facebook has been inconsistent in dealing with.

Nyheter24’s Viktor Adolfsson drew attention to this latest page with a column about Ogrish TV, which is famous for videos of murders, rapes, executions, and beheadings. It seemed to spur Facebook into action, as the page is now down.

In the article, Adolfsson interviewed Facebook’s spokesperson Jan Fredriksson, who said the company “does not pre monitor what groups write and trusts that users follow the rules that exist.”

“But this group has been reported repeatedly,” Adolfsson countered. “Why was nothing done?”

“This group sounds like an extreme case and purely awful. But it could have been that the group became known, outside the inner circle who liked the content first, on Wednesday and that no one reported it until then. I actually have to check it out,” Fredriksson replied. “Facebook generates no content and has an incredible number of users. I know no other internet service that has such a working system that we have, but of course, it can always be better.”