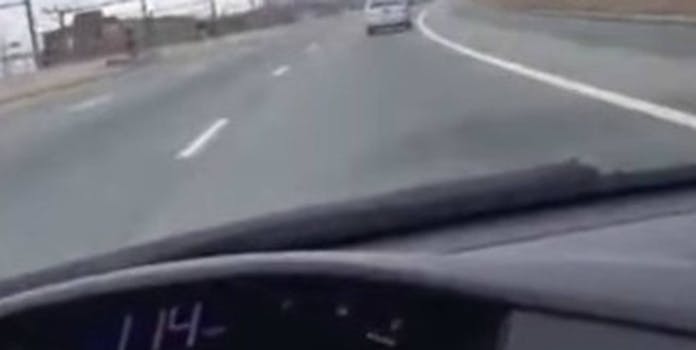 Driver films himself going 115 mph on Facebook Live, then crashes

A 20-year-old man crashed into the back of a dump truck while allegedly speeding and driving erratically, and he has the Facebook Live video to prove it.

Onasi Olio-Rojas suffered serious injuries and, as of Thursday, was in critical condition at a local Providence, Rhode Island, hospital after his crash. But before that, he filmed himself weaving in and out of traffic (and using the breakdown lane) while his odometer reached as high as 115 mph. The video cuts out before the crash, but you can visualize what it’s like to reach speeds like that when there are plenty of people on the road.

Police said, via the Associated Press, that Olio-Rojas smashed into the truck when it entered the highway, and rescue crews had to free him from his car. The truck driver wasn’t hurt.