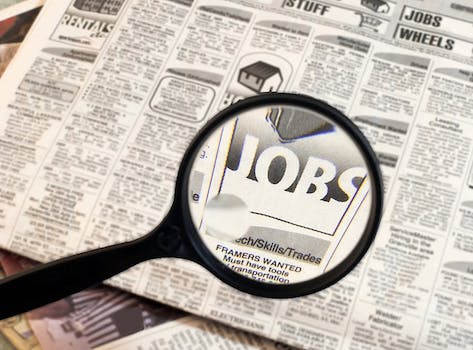 Everything we thought about the "strength of weak ties" could be wrong.

In the modern job market, social networking may be the new networking.

A recently released study finds that job seekers increasingly utilize Facebook in their employment search. But the real surprise isn’t that they are using the site; after all, Facebook is a ubiquitous presence in most of our lives, used for everything from hooking up to breaking up. The real surprise is the kind of online connections through which people are finding work.

The study, conducted by researchers from Carnegie-Mellon University and reported on Facebook’s blog, found that most people seeking work through Facebook happened upon job opportunities through friends with whom they shared stronger, rather than weaker, ties.

According to the study’s co-author, Moira Burke, this is somewhat counterintuitive when stacked up against prevailing sociological research.

“Though your strong ties may be supportive, they tend to know the same things as you—you often have the same friends, read the same news, and spend time in similar places,” Burke wrote, explaining the conventional wisdom on this subject. “Job openings they know about, you probably do too.”

Burke also notes that “weak ties,” in addition to making up the majority of one’s network, also tend to work for a wider and more diverse range of companies, thus connecting you to a broader world. 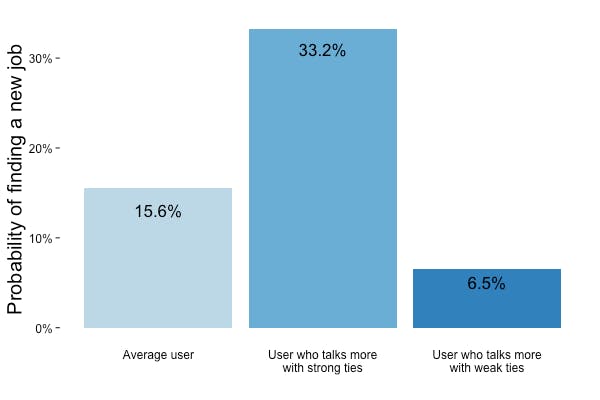 The power of strong social media ties is certainly something a lot of folks learn about when they suddenly find themselves tossed out into the job market. That was the case for Casey Hebron, a marketing associate from Philadelphia. After getting laid off last year, Hebron said that Facebook, along with sites like LinkedIn, were crucial tools in her job search.

“I honestly don’t know how I’d go about looking for work before social networks,” she told the Daily Dot. “It’s easier to talk to all the people you know in one place. They can put in a word for you and make sure your resume gets seen.”

It would ultimately be a tip from one of Hebron’s close relatives that would help her find new work.

This fits the findings of Burke and Kraut’s research. They’ve come up with two theories to explain the results of their study. They say the embarrassing, sensitive nature of unemployment makes it more likely that job seekers will only share their burden with those they have stronger personal ties to, while keeping weaker ties in the dark about their employment situation. Likewise, they say stronger ties are likely to put in more effort in helping find work.

“Strong ties may be more willing to put in the effort to be helpful, asking contacts about new openings, forwarding your resume and persuading others that you’re the best candidate—or even hiring you themselves,” Burke said.

But lots of communication with strong ties on Facebook does have a negative side. Their study also found that job seekers who spent more time talking with friends and family with whom they share strong ties were more likely to become stressed. 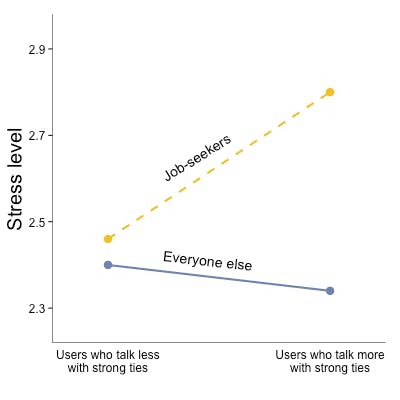 The researchers say people who saw their stress go up while searching for work hadn’t changed their Facebook usage in any significant way. They only thing that changed, they said, was the way this interaction made them feel.

“Strong ties may make the psychological distress of job loss worse by offering unhelpful advice and pushing for recovery too quickly,” Burke wrote. “People may feel their independence threatened by strong ties, increasing resentment rather than relief.”

As of February the national unemployment rate was still 7.7 percent, showing little net improvement since September but down 1.3 percent from the same time a year ago.