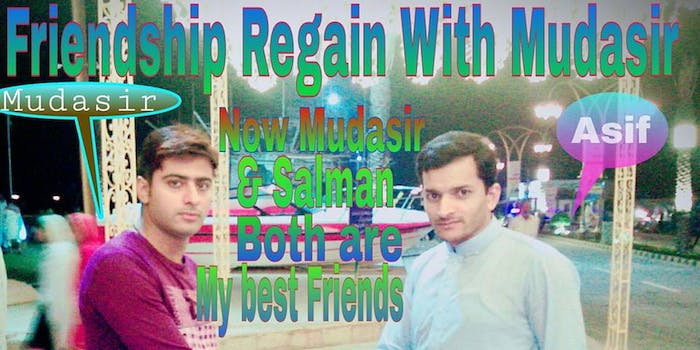 Last month, Facebook was rocked by the news that user Asif Raza Rana had severed his friendship with bestie Mudasir Ismail Ahmad—mostly because he chose to announce as much with a stunningly beautiful status update.

Now, just weeks later, it seems as if the unthinkable has occurred. Rana and Ahmad have buried the hatchet and become best friends once more—although Rana is also maintaining his BFF status with newcomer Salman Ahmad Naqash. Will the rivalry tear them apart? Who knows! 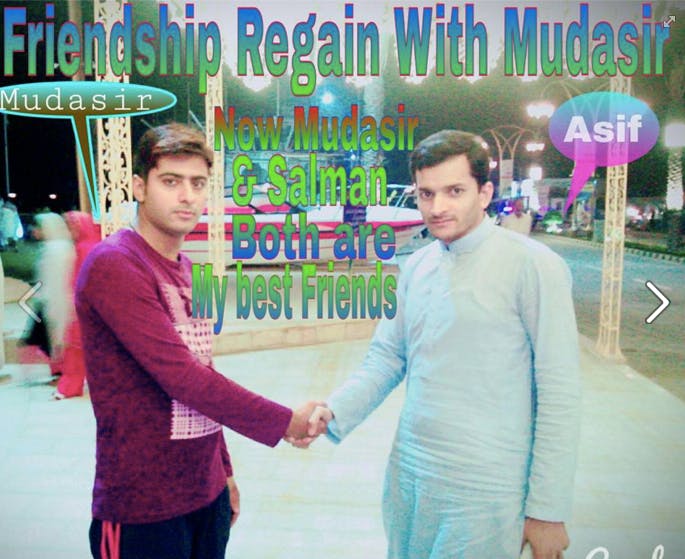 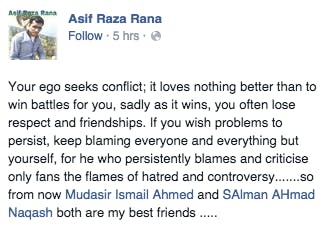 Rana hasn’t tweeted much since his public breakup with Ahmad went viral; in fact, his one post between now and then concerns an upsetting dream about Naqash—at that time his only best friend.

But two best friends aren’t enough for Rana. As he notes in his Twitter bio, he is currently on the lookout for even more best friends:

you must know me because of facebook famous due to my picture about Mudassir and new best friend Salman. I am new here so want to make best friend here

Guess three best friends are better than none.