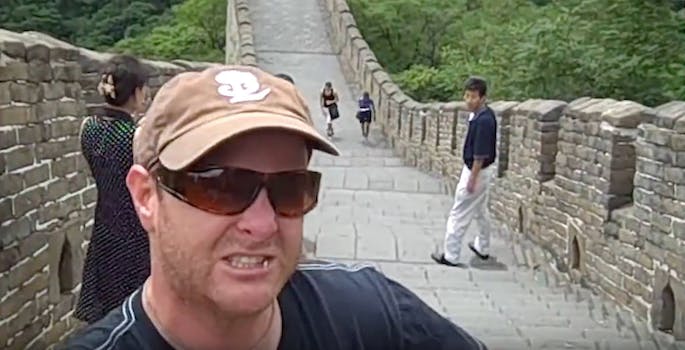 It's hard to say who wins this war of words.

Bros have odd ways of sharing their affection. I have some high school friends who joined Snapchat just so they could send videos to each other of their dumps.

Enter Samson Crouppen and Steve Eichelberger, two dudes who have been sending each other “fuck you” video messages for over a decade. The two just released a compilation of their greatest disses, and it’s hilarious and offensive in more ways than one.

It’s really a series of escalating, hostile #humblebrags, as they tell each other “fuck you” from the White House, the Great Wall of China, the Playboy Mansion, and ultimately, the operating room as their partners go into labor. The circle of life.