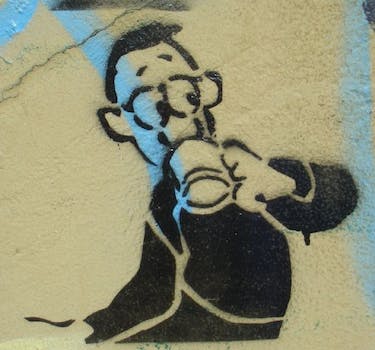 Ever wondered ... anything? You can get a delightfully wrong answer here.

If you’ve ever read Calvin and Hobbes, you know the kid’s dad had a penchant for the highest quality fatherly bullshit that’s ever been published anywhere: In literature, comics, the Internet, trolldad rage comics.

It’s nearly impossible for your average layman dad to replicate the genius of Bill Watterson’s character. But at Reddit’s r/ExplainLikeImCalvin, the hottest subreddit on the social news site, nearly 15,000 people are trying their best every day.

In case you never read the comic, here’s the gist of it: Whenever Calvin innocently asked his dad a question about how things worked, the response was invariably a seemingly logical and yet utterly nonsense answer. Take this strip for example:

r/ExplainLikeImCalvin (or in its own parlance, ELIC) is a social attempt to recreate that horrible fatherly wisdom. Calvin and Hobbes stopped publishing 17 years ago, and Watterson has never come back to it. In that sense, ELIC is a kind of fan fiction, wholly unique to the culture and platform of Reddit.

The forum’s name and question and answer format is a riff on r/explainlikeimfive, a slightly more earnest subreddit devoted to dispensing explanations about complex subjects in a way that even a five-year-old could understand.

To celebrate ELIC’s ascendancy, we’ve collected some of our favorite posts below.

1) Why are there holes in bricks? ( CosmicConn—This post and the subsequent answer were posted to r/bestof, and are largely responsible for ELIC’s popularity surge over the past two days).

It’s a little-known fact, but bricks are not created to be bricks. They’re actually part of the process used to make projectile bombs for the military.
You see, while the clay is still soft, they cut out small round shapes to use for the bombs. It’s kinda like how they make doughnuts and doughnut holes (except that these would explode if you dropped them).
When the clay has dried, it’s safe to build with. Usually. So once the military has all the round shapes they need for their bombs, they sell the rest of it off to the building supply companies, and it’s used to build houses.
But that’s where we get the phrase, “Brick and mortar”. — sealclubber


2) ELIC: Why does Santa Claus give better presents to rich kids? ( Rosco7)

A: It’s all a question of taxes. You know those prizes people win on game shows? Well, the contestants have to pay taxes on those prizes. The bigger the prize, the more tax you pay. Christmas presents are the same way. Santa wouldn’t want to put a family with less money in the unfortunate position of owing a large amount of tax money to the government. So, he gives the presents that require that money to people who can afford it.
This is also why we always seem to have a little less money after Christmas. Taxes. — PorcupineTheory


3) Why do cameras take square pictures when the lenses are round? (yingkaixing)

A: Actually, the pictures are round.
You know that your eyeball is a sphere, right?
But your eyelids cover most of the round picture you should be getting, and compresses the image.
Well, you brain compensates for the eyelids cutting off the edges of the picture, and gives you an all-round image.
However, as a result, it also has the inverse reaction when presented with a round picture, and shows you a square.
Yep, all our TVs and so on are actually round – any TV engineer will tell you that. — thornae

4)  How come pizza is delivered, but we have to drive to the burger place?  (mikekozar)

Pizzas have to stay in motion to taste good. That’s why you toss pizza dough in the air when you’re making it. If they’re stationary for too long, they stop tasting good, which is why the third slice is never as good as the first. You can trick pizza into being tasty again by putting it in the fridge—the coldness dulls its senses and makes it thinks it’s moving. — SQ_Minion

5) ELIC: Why do birds fly south for the winter? (nrbartman)

They aren’t flying south, it’s the world that’s rotating north. That’s what causes the seasons. Every winter the earth rotates south to north, which causes the sun to be further away and makes the air colder.
“But then why don’t we go south every winter, too?”
Because we’re on the ground, so we move with the earth. Since the birds are up in the air, all they do is fly like normal, but since the earth is rotating, it seems to us like they’re going south. — xonev