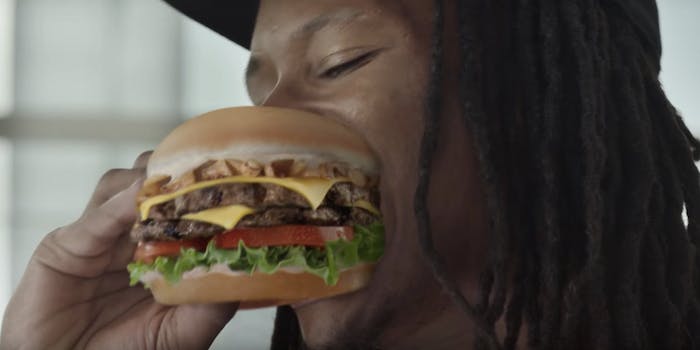 Nobody’s swallowing the super-fake burger in this Carl’s Jr. commercial

Patrons of fast food restaurants can’t be all that surprised when their meal doesn’t quite look as advertised, but that doesn’t stop them from complaining. Like, all the time.

The new @CarlsJr Moonshine burger doesn't look like the picture. I feel ripped off. #twothumbsdown pic.twitter.com/Jm1hwFqxwT

Hate how @CarlsJr burgers NEVER look like the picture

Given this record of disappointment, Carl’s Jr. should have known better than to have Los Angeles Rams running back Todd Gurley chow down on a clearly Photoshopped cheeseburger in its latest commercial.

Of the ad’s many comments on YouTube, roughly 100 percent are on the topic of this laughable fakery. 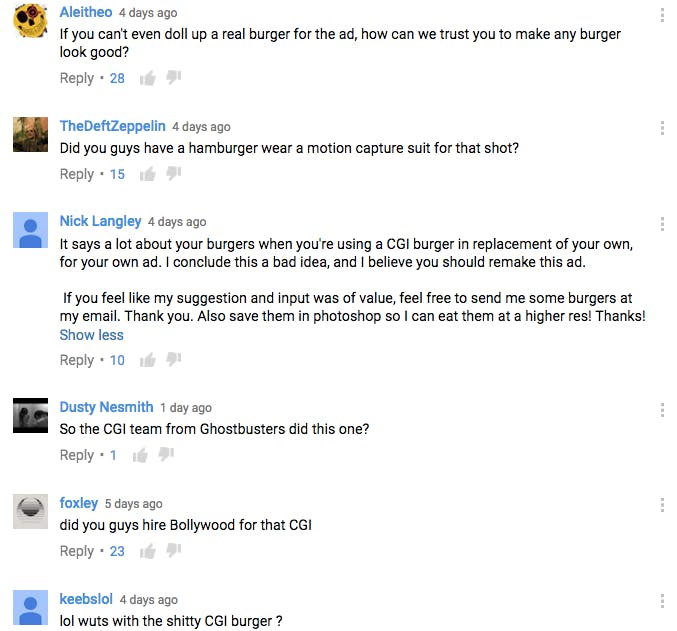 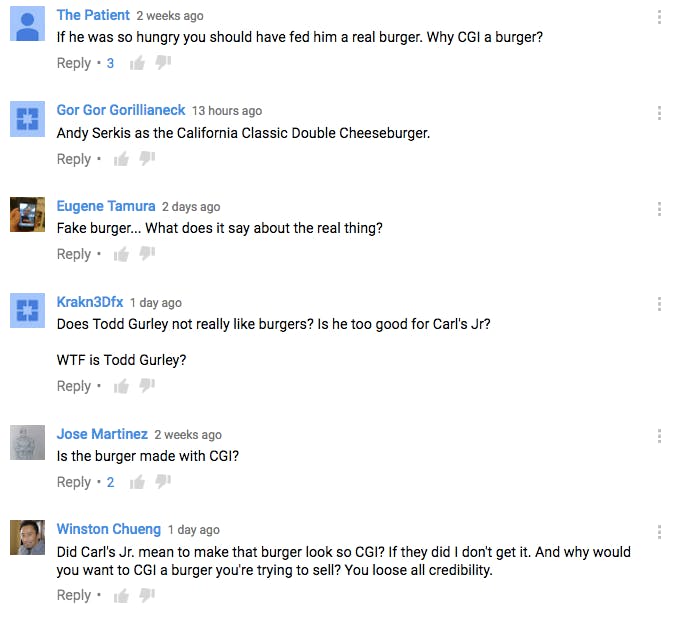 The roasting got so out of hand, in fact, that Carl’s Jr. was compelled to tweet a GIF of several outtakes that show Gurley ingesting something more like the actual product—which did not make it seem any more appetizing.

Annnnnnd we came right back around to the original problem of truth in fast food advertising.

Hey! How come my burgers never look that big? Have him bite into an actual ordered burger.

Sometimes you really gotta wonder if marketing cheeseburgers is more trouble than its worth. Don’t we all know where to get one when we want it? In-N-Out.