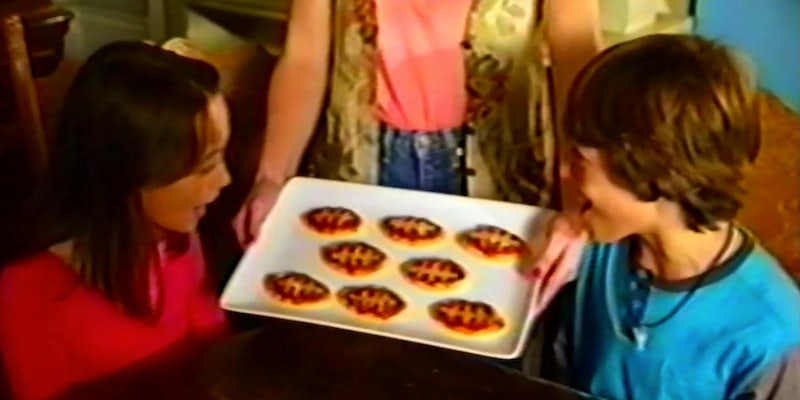 It's all the tropes of '90s tv commercials and then some.

When it comes to tropes of ‘90s TV commercials, there are almost too many to count. From tilted camera angles to kids cheering in unison, the ’90s proved that advertising gurus could truly capture the attention of a generation like never before.

The ’90s are over, but for those of you craving a hit of nostalgia with bossy vest-wearing moms serving up tasty snacks, the memories live on. The crew over at Rocket Jump created a commercial for “Liquid Slam” that spoofs everything we love about ’90s advertising and then some.

Fair warning for those grossed out by gore: Things get really weird around the :50 mark and only get more hilariously bizarre from there.

If the geniuses behind this sendup aren’t already in touch with the Adult Swim late-night infomercial team, they should get on that. There’s no telling what wild things they could create together.