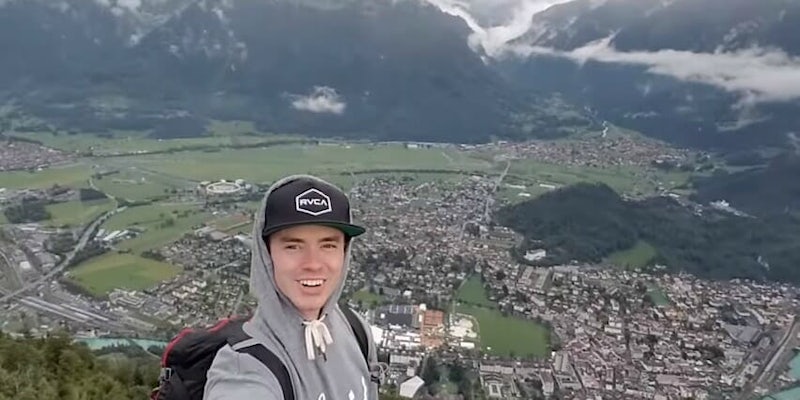 This dude hilariously captures his own wonderment during trip to Europe

He could only utter one word.

Nathan Nannenga traveled through Europe in late August. Rather than share a folder of endless photographs or torture friends with one too many slideshows, Nannenga decided to make a short video chronicling each destination.

The result? A one minute video of about 100 variations of “whoas.”

Nannenga said that he knew his friends and family wanted to see photographs of his adventures, but he wanted to also steer clear of traditional, cliched, and touristy photo ops. And though the whoas began unintentionally, they eventually sparked a running joke that ran the course of his trip. “I didn’t really plan it out when I started, but once I had a few videos of me going ‘whoa,’ I decided to keep it up [and] then spliced the video together when I got back,” Nannenga told the the Irish Examiner.

“I went to Spain so I could attend La Tomatina Festival in Bunol, which was a lot of fun. And then I went to Switzerland because I’ve always wanted to see the Alps,” he said.

It’s pretty apparent Nannenga’s trip left him impressed (the video is titled “Europe is impressive”). But the whoa-er stated that Switzerland is the country that won his heart.