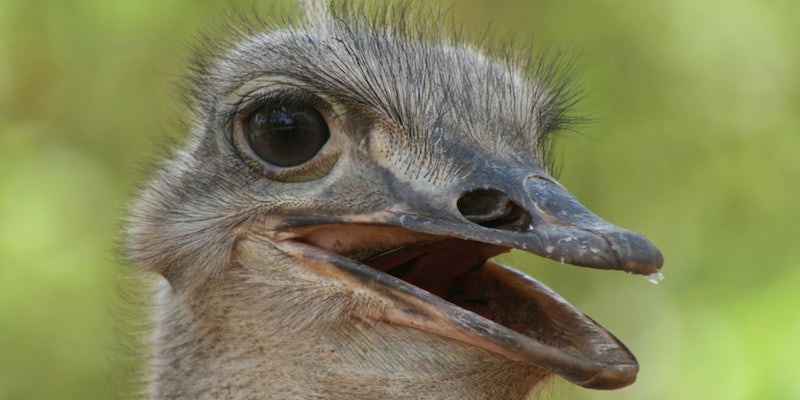 Escaped ostrich has no trouble keeping up with freeway traffic

It's amazing they ever caught it.

An adult ostrich can reach speeds of up to 70 kilometers an hour, so when one of the dinosaur-like birds got loose on the freeway in Kuala Lumpur, Malaysia, it had no trouble keeping up with the flow of traffic.

The bird, named Chikaboo, was being transported to a nearby farm when it escaped. Luckily, after a brief chase, it was captured and returned to its owner, Darren Chow.

“I just hoped that she’d be okay. I was willing to trade my life with hers. It’s my fault for leaving the window open,” he said. “Fortunately there were no motor accidents and she wasn’t hurt; no one was hurt.”

And it could have been worse—at least Chikaboo didn’t meet up with an escaped tiger, like this one who took a jaunt down the freeway in Qatar, back in March.