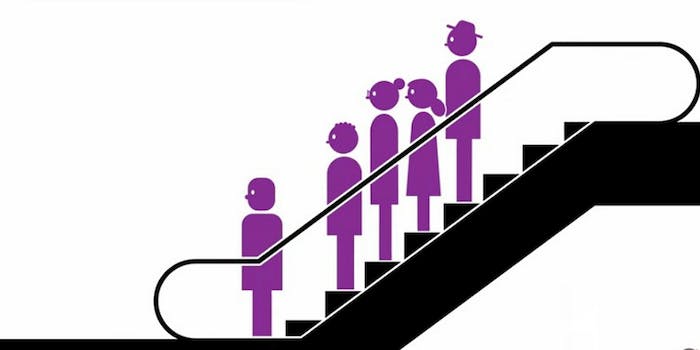 If you thought manspreading was terrible, say hello to esca-stopping

If you see an esca-stopper, say something.

Finally, there’s a new social phenomenon that will help us forget the terrible scourge of manspreading. It’s called esca-stopping, and it quite literally halts everybody in their tracks. Now that the manspreading meme has subsided—at least outside of big cities with extensive subway systems—we can finally gnash our teeth about a fresh societal ill.

To be fair, it’s not necessarily the esca-stopper’s fault that he or she doesn’t know how to act when exiting an escalator. Dipshittery, as far as I can tell, is a genetic disease that can only be cured by good parenting in the dipshit’s childhood. Once that child becomes a teenager, the only way to mitigate the dipshittery is intensive therapy to control the symptoms.

Hopefully you’re not an esca-stopper, because if you can read this sentence, it’s probably too late for you to change. But if there’s any good news to be taken away from the latest travel meme, it’s this: Helen Mirren almost certainly isn’t an esca-stopper.