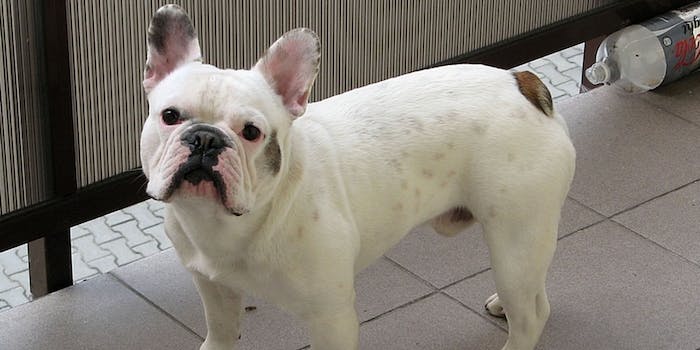 This dog refuses to put down his cardboard box, even if it means running into walls all the time.

Diesel the English bulldog is completely obsessed with his cardboard box, as you can see in this video where he refuses to let go of it for any reason whatsoever. Because he has a cardboard box in his mouth, he spends most of his time walking into walls. He may be a bit of a dummy, but we admire his dedication.

Photo via Polikarpus/Wikimedia Commons (CC BY 3.0)