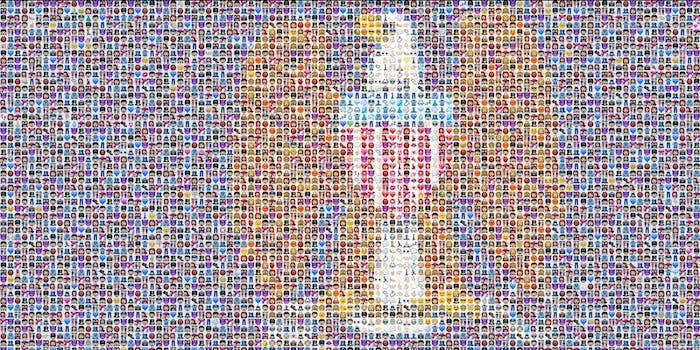 Chances are that the NSA can't tell which emoji you've been using.

If you are a threat to national security and use only emojis to plan your upcoming attack on the homeland, you’re on the safe side.

Odds are that the National Security Agency (NSA) and Britain’s Government Communications Headquarters (GCHQ) spy agency are less likely to find you if you stick to smiley faces. PRISM and other mass surveillance systems are not equipped to store emojis in a way that won’t translate them into black, undeciphered squares, similar to those you get when receiving an emoticon on a Blackberry or any other kind of dumb phone. It’s almost certain that these agencies employ thousands of people who can understand needle-emoji, bomb-emoji, pistol-emoji, or any other ticking bomb-plus-clock-emoji-type messages, but the complex algorithms they use for automatic threat detection simply can’t cope with the full extent of the Unicode standard and the legacy-encoded emojis.

Just realized how irrational it is that, whenever I’m about to text abt something “blowing up,” I remember NSA and switch to the bomb Emoji.

The cost of making the NSA computers understand SoftBank emoji encoding and the Apple Color Emoji set is overwhelming, and no agency in the world uses Macs for their default mass collection platforms. Their machines are built for analyzing chat messages in many languages, just not visual ones. To see exactly what they can’t read, go on the Emoji Wikipedia page on your PC and scroll down: 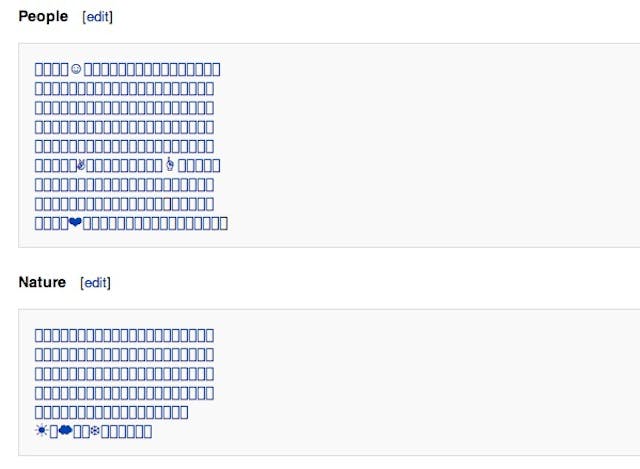 The CIA just assumes that A) Terrorists don’t use emojis and B) The emoji keyboard isn’t sophisticated enough to allow an offender to use it in a practical manner and actually masterplan an attack. The same goes for economic surveillance and political spying. Angela Merkel, who was once a target, has never used emojis (you can see the type of phone she uses in many photographs of her). Economists and enemy spies don’t use them either, as it currently offers limited currency signs and primitive numbering. Nothing to bother with.

This will change, though. Humanity is getting tired of using words on digital devices, and many minorities are starting to demand equal representation on the emoji keyboard.

The selection of emojis is deemed to grow. Soon, all computers will be expected to understand well above ASCII. But still, the inconsistencies and lack of a true unified emoji language will make it even more expensive and futile for government agencies to try and develop tools to tackle emojis. They’ll have to hire more people to manually do it, as giving the job to senior data gathering humans will look like mockery.

For now, at least, you can rest assured in the knowledge that using emoji will likely see your messages go unread by the NSA.