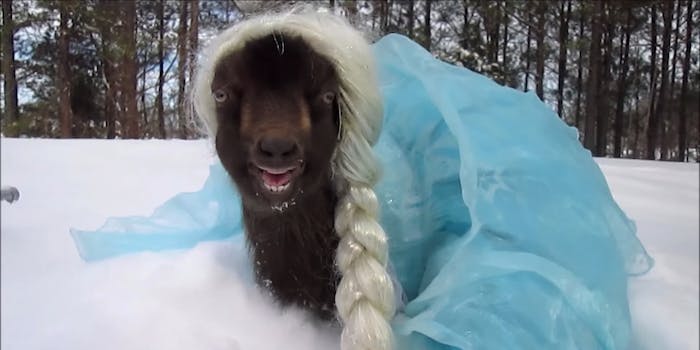 This goat is dressed as Queen Elsa and she’s magnificent

Queen Elsa from Frozen is already a top Halloween costume choice for little girls, but it looks like all the kids want to get in on the action.

Meet Peppa Lass, who’s now parading as the snow queen thanks to a wardrobe change from her owner in an attempt to “command this snow to go away.” It seems like the snow remains, but Peppa doesn’t appear to hate her new outfit and is happy to sing at a moment’s notice. Only she can save us from this eternal winter.

Just wait until you hear her bleat.