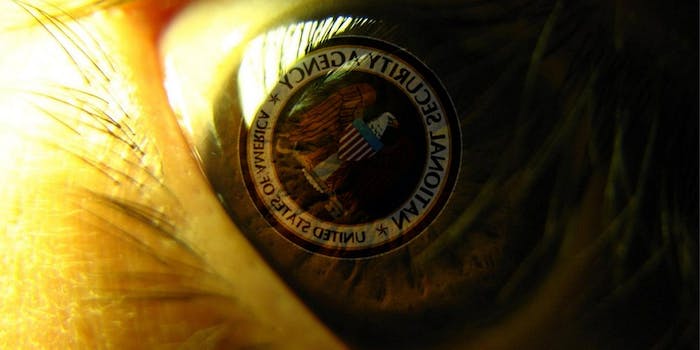 The EFF covers the highlights from the NSA documents they just obtained in a Freedom of Information Act lawsuit.

Today, in response to Freedom of Information Act lawsuits, the Office of the Director of National Intelligence released hundreds of pages of documents about the NSA telephone call record program. The documents primarily concern events in 2009, when the FISA court first learned that the NSA had been misusing its phone records surveillance program for years. We’re still reviewing the documents, but here are a few particularly interesting items we’ve uncovered so far.

Clapper’s Continued Trouble with the Truth

On June 6, just days after the Guardian newspaper published the first of many articles on NSA spying, Director of National Intelligence Clapper attempted to reassure the public that the NSA telephone record program was limited and restrained. “The information acquired does not include … the identity of any subscriber.”

Documents released today show this to be false.  In an August 3, 2009 declaration to the FISA court, NSA Director Keith Alexander wrote that “the collected metadata thus holds contact information that can be immediately access as a new terrorist-associated telephone identified are identified.”  While it is not surprising that the NSA can correlate a phone number to a person (phone book technology has been available for some time), here we have it in black and white that Dir. Clapper attempted to mislead the public.

The Search for a Basis for Searching

In a March 2, 2009 FISA court opinion, the Court noted that the program collects “communication of U.S. person who are not the subject of an FBI investigation to protect against international terrorism or clandestine intelligence activities, and are data that otherwise could not be legally captured in bulk by the government.” (first emphasis by the court, second ours).  “Ordinarily, this alone would provide sufficient grounds for a FISC judge to deny the application.”

The Court noted that, nevertheless, the spying was approved, based on the Court’s confidence in the NSA’s assurances of a good process and strict controls. By March 2009, however, “The Court no longer has such confidence.” The Court’s particularly scathing statement about its distrust in the NSA can be found on page 12 here.

What happened was that the FISC required the NSA have a “reasonable articulable suspicion” before conducting a search on a phone number.  The NSA decided, independently, that it could run searches on the database to develop the basis for the reasonable articulable suspicion.  Hence, the NSA was conducting suspicionless searches for information to obtain the court-required basis to search for that information.

The NSA’s Word Games Confuse Even the NSA

As we’ve noted time and time again, the NSA plays with language, using words in non-standard ways.  After not reporting violations to the FISC for years, the NSA had this explanation: “there was never a complete understanding among the key personnel who reviewed the report … regarding what each individual meant by the terminology used in the report.”  The NSA presents this as an excuse why it misled the court.

Want to Know Why the NSA gave Raw Access to the CIA, FBI and NCTC in violation of a Court Order?

So did the Court, who ordered the NSA to explain the violation of its prior order. So did we. However, you’re not going to find out today. Four pages of NSA Director Alexander’s response to this question are redacted.

Gen. Alexander, June 25, 2013: The telephone records program was “approved by the Administration, Congress, and the Foreign Intelligence Surveillance Court. With these exceptional authorities came significant oversight from all three branches of the government.”

Kurt Opsahl is a Senior Staff Attorney with the Electronic Frontier Foundation focusing on civil liberties, free speech and privacy law. This story originally appeared on the EFF’s Deeplinks blog.