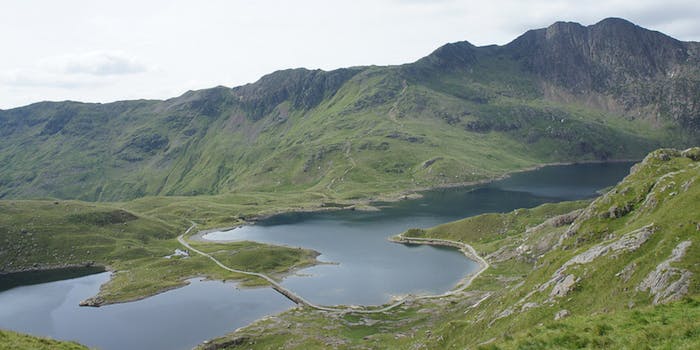 This Twitter user is not the Edward Snowden you're looking for.

The man who leaked classified documents indicating the National Security Agency and FBI have direct access to the servers of several Internet companies revealed his identity over the weekend.

Edward Snowden, the whistleblower of the PRISM program is not a unique snowflake. At least not by name.

There is an @edwardsnowden on Twitter. It is not the Snowden at the heart of this case. Nor is it a parody account.

This Snowden is an estate agent, a lover of soccer and horse racing, and thinks of himself as a “good egg.” He’s also contended with the flood of mentions cluttering his Twitter connect column over the last day.

He’s been urged to hire a good lawyer and flee to Ecuador. One Twitter user said he’s “the 1st MAN in the @usa that I’ve seen with Integrity and Bravery combined.” Another claimed “he’s a phucking mold [mole]. Hand his ass over to the taliban or terrorist.”

Snowden—the one who’s never worked as a highly paid spy for the U.S. government—handed the tweets in good humor. It’s kind of fun to read through Snowden’s tweets as he comes to understand just why he’s subject of so much interest right now. To wit:

@brianmfloyd no idea what anyone is going on about! Sounds interesting though.

@rajunarisetti @guardian no idea about this topic – will be watching the news tonight though!

@wesleymoorejr ha thank you: think people will quickly realise that as I tweet about horse racing and football/soccer!!

@neils82 I just need to develop a sense of humour to keep everyone amused!

@justicewillett well observed! Still been a busy evening though.

The debate is whether to work today or respond to all the tweets! I know nothing about NSA or whistle blowing so will stick to selling homes

@policygal no need for it not to be – people good fun and good banter in the main. :)

Snowden—who did not expose a large-scale surveillance operation involving some of the world’s largest Internet firms—is also wondering how the saga might affect his travel plans to the U.S. in future.

@elilanger ha – that’s my holidays to the USA ruined!

@brianmfloyd @elilanger me too. Going to have some good banter with the guys on the immigration desks – they might even smile.

What’s the chances of me getting a green card at the moment?

Snowden might thank the Guardian for the attention, and diverting some of the negativity that might have been headed his way. The paper, which has made most of the revelations in this story, pointed out this is not the guy the U.S. is looking for.

As if being confused for the man responsible for a massive leak wasn’t enough, Snowden was also accused of being in a slightly embarrassing photo.

And in case you’re wondering, the Snowden at the heart of the news quite understandably does not use Twitter or Facebook.