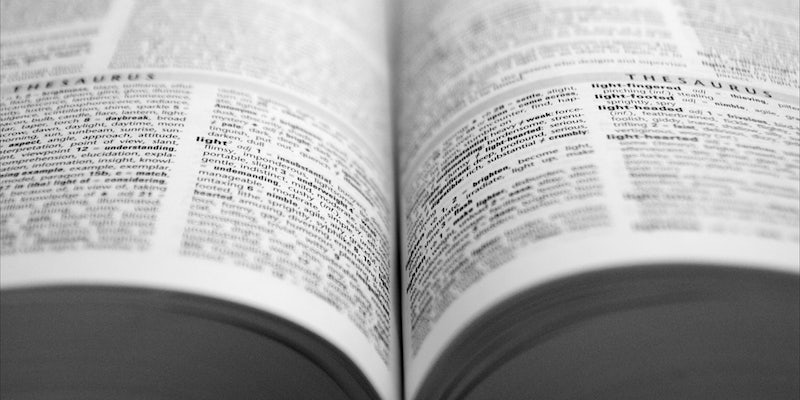 The Scripps National Spelling Bee airs Wednesday. As a loose collective of word nerds, we’re big fans. We’re sucked in by the etymology nerdery, the fantastic fails, and everything in between; we even collected some of our favorite Bee moments for quick reference.

But for some of us, there’s a certain measure of schadenfreude involved too. Many took part in local bees growing up, and if we didn’t win our respective events, we’ve all got embarrassing words to confess losing on: “entrepreneur,” “hemorrhage,” “conjunction,” “molasses.”

“Conjunction” is especially cruel—I can point fingers because it was my tragic downfall in fifth grade—considering it stumped someone who eventually became a professional editor.

Why keep all the twitchy flashbacks to ourselves, though? As #tweetyourlosingspellingbeeword trended on Twitter in preparation for tomorrow’s airing of the 2014 contest, we asked writers and editors to chime in with their lexicological hubris.

Of course, the Internet trolls came out in droves:

But most were definitely understandable:

@SladeHV @_Cooper was multi-year champ until 6th grade. Got me on”shellac.”

@_Cooper absorption. to be fair, that word took out most of the contestants. stupid P.

@_Cooper I spelled “quadrangle” as “quadarangle” which is just plausible enough.

@_Cooper My vindication came when the eventual winner was on Johnny Carson & a dude in his band muffed it too: https://t.co/GI3CUzg0Bm

@SladeHV @_Cooper the toughest part wasn’t losing, it was facing the class the next day

@_Cooper the same word (appearance) knocked me out in two different years. spelled it “-ence” both times; was a bad childhood.

@_Cooper earring (4th grade). Won in 3rd grade and it was the last time someone gave me a trophy.

@_Cooper “attendance” I thought I heard her say “attendant” and spelled that instead.

@_Cooper I was close to winning my school’s bee when I spelled ‘Buffalo’ with either two L’s or one F, I forget which.

@_Cooper soliloquy – I knew how to spell it too, but tripped spelling it out loud. Seems…like a cruel lesson there.

Some words still haunt us:

@_Cooper definitively (still had to spellcheck it)

@_Cooper MISOGYNISTIC. Off by one letter. national scripps howard one too. Dad still gives me shit

Needless to say, we’ve mostly figured out how to use spell-check since our fourth-grade foibles—or at least hired more able copyeditors to sweep our work after we’re done. As for the rest?

@_Cooper pssh, I won that shit.