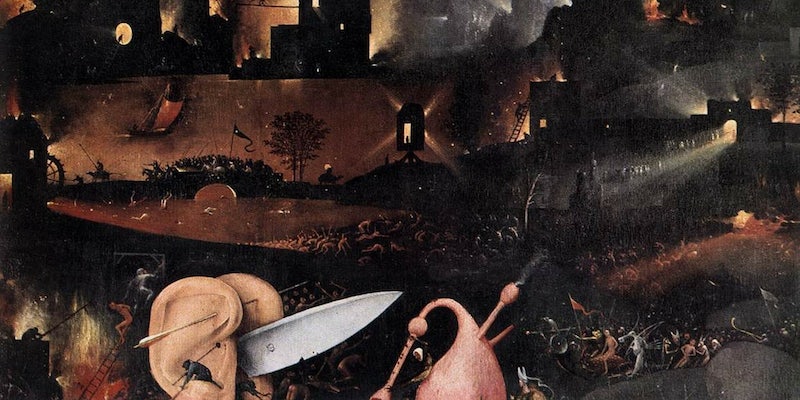 Contrary to the dire predictions of one religious group, we’re still here.

“According to what the Bible is presenting it does appear that [Oct. 7] will be the day that God has spoken of: in which, the world will pass away,” Chris McCann, the founder of the eBible Fellowship, said the day before the end times were set to begin.

The fellowship, a Philadelphia-based online Christian community, originally predicted that the apocalypse would engulf us on May 21, 2011. As they announced their revised predictions of the world’s end, they were pretty sure they had it down this time.

Seemingly, that did not come to pass. On Oct. 8, McCann published an “FAQ” about the latest prediction, admitting that it was “obvious that we were incorrect regarding the world’s ending on the 7th.”

It should be noted that the world “not” being destroyed on the 7th is in no way some sort of divine justification of the world. According to the Word of God the sentence upon the world has been passed (it is guilty) and the world will certainly pass away as detailed in numerous places in the Bible. E Bible Fellowship was incorrect regarding the specific day of its end, but we were not incorrect concerning the fact that it will one day soon come to an end. The world today is populated by a generation of people that has outdone all past generations for wickedness. It tends to view a “passed date” for its end as some sort of victory and celebrates it as though it means it will now never end. And yet, the truth is that the world is in its death throes. A date of destruction given to the world (like October 7th, 2015) is like a man with a terminal disease that was given a short time to live his Dr. The man passes the 6 months (or year) he was told. Yet the prognosis hasn’t changed. He’s still terminally ill. It’s still certain he will die from his disease. It’s just a matter of when that remains in question.

Makes sense to us! But seriously, did they lie about Armageddon? Well, we refer you to the helpfully titled “Did We Lie?” section of the FAQ page:

No. The fact is that we consistently told people that October 7th, 2015 (being the end of the world) was a strong likelihood. And according to the good amount of biblical evidence at our disposal it was. Therefore saying it was a “strong likelihood” was a true statement. We also openly acknowledged that there was a small likelihood that it would not happen. There was no lie or deceitfulness involved in any way.

So the eBible Fellowship didn’t exactly have a plan B (damn you, biblical evidence!) but don’t refinance that worship yacht just yet. The world’s definitely, very likely to end real soon. Just keep reading your bible, and wait for the fellowship to crack the code again. This time they’ll nail it, and we’ll all evaporate in a fiery, gruesome hailstorm of brimstone.

See you at the annihilation!