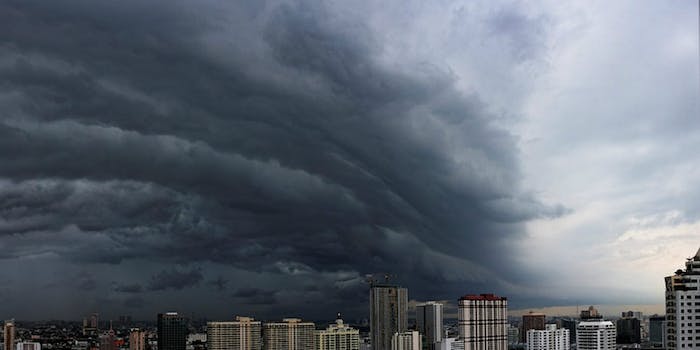 To be fair, they've been wrong once before.

If you’ve got a tough week ahead of you—or if you have to, I don’t know, go to the dentist on Thursday—we’ve got some great news. According to the Web-based Christian group eBible Fellowship, there’s a strong likelihood the world will end sometime on Wednesday.

Although that news comes as a welcome relief to those of us hopelessly mired in credit card debt or engaged to someone we don’t really love, it’s hard to know the accuracy of the eBible Fellowship’s prediction. After all, the website had previously predicted that the world would end May 11, 2011. Clearly, that prognostication was a bit off.

“According to what the Bible is presenting it does appear that 7 October will be the day that God has spoken of: in which, the world will pass away,” Chris McCann, the leader and founder of the fellowship, said, according to the Guardian.“It’ll be gone forever. Annihilated.”

Fair enough. But what about that May 11 date? After all, how many times can you predict the end of the world before your followers begin to question if you know what the hell you’re talking about?

According to the Fellowship, that May 11 date was actually the day that “God shut the door of heaven.” Now, the Fellowship has claimed that Oct. 7 is the last day of the harvesting/ingathering. That date marks exactly 1,600 days since May 11, 2011, and since the number 1,600 is referenced in Revelation 14:20 in the context of Judgment Day (though it refers to “1,600 stadia,” not days) the Fellowship argued that on Oct. 7 that “that God will gather into heaven all the precious fruit of all those He has saved and complete the destruction of all those He did not save.”

For further information, there’s a Facebook group called Will the World End October 7th, 2015. If I were you, I’d click that link sooner rather than later. “There’s a strong likelihood that this will happen,” McCann has said, hedging his bets by adding, “Which means there’s an unlikely possibility that it will not.”

Even though we’re pretty sure eBible is correct this time around, it might not be a bad idea to do some last-minute flossing, just in case.