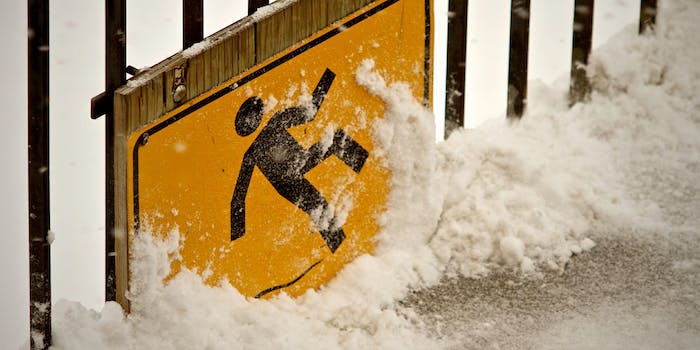 It’s always ass-eating season in America, but this fall is especially well suited for booty-related sex acts. At least, that’s according to one woman’s well-meaning mother, who sent her this helpful advice:

“Be careful when you leave in the morning it’s ass eating season!!!”

Three exclamation points!!! Wow!!! GraceL721’s mom is very excited about eating ass, which is very funny, because she doesn’t know what it means. It seems that Grace’s mom has combined two popular terms for taking a spill—to “eat it” and to “fall on one’s ass”—into a new phrase that already referred to anilingus. Whoops!

There are a couple of other possible explanations for this mishap, one of which Grace herself noticed: someone totally trolled her mom about what “eat ass” means, and her mom fell for it. “!!!!!!!!! WHO DID THIS TO MY INNOCENT MOTHER !!!!!!!!”

In a world where a kid convinced his dad that “bust a nut” meant “get angry” and the dad apparently took the phrase into a meeting with four-star generals, this is absolutely not out of the question.

The other, even funnier possibility is that Grace’s mom is trolling her. This text is almost too perfect to be real. If you had to write a joke where a mom thinks “eating ass” means falling, “ass eating season” is one of the best, most ridiculous phrases you could add.

And besides, Alison Williams had her ass eaten on Lena Dunham’s Girls years ago. If Lena Dunham knows what “eating ass” is, it’s not crazy to imagine the mom of a 20-something woman knowing it too.

Meanwhile, the kids have already moved on to more adventurous things.