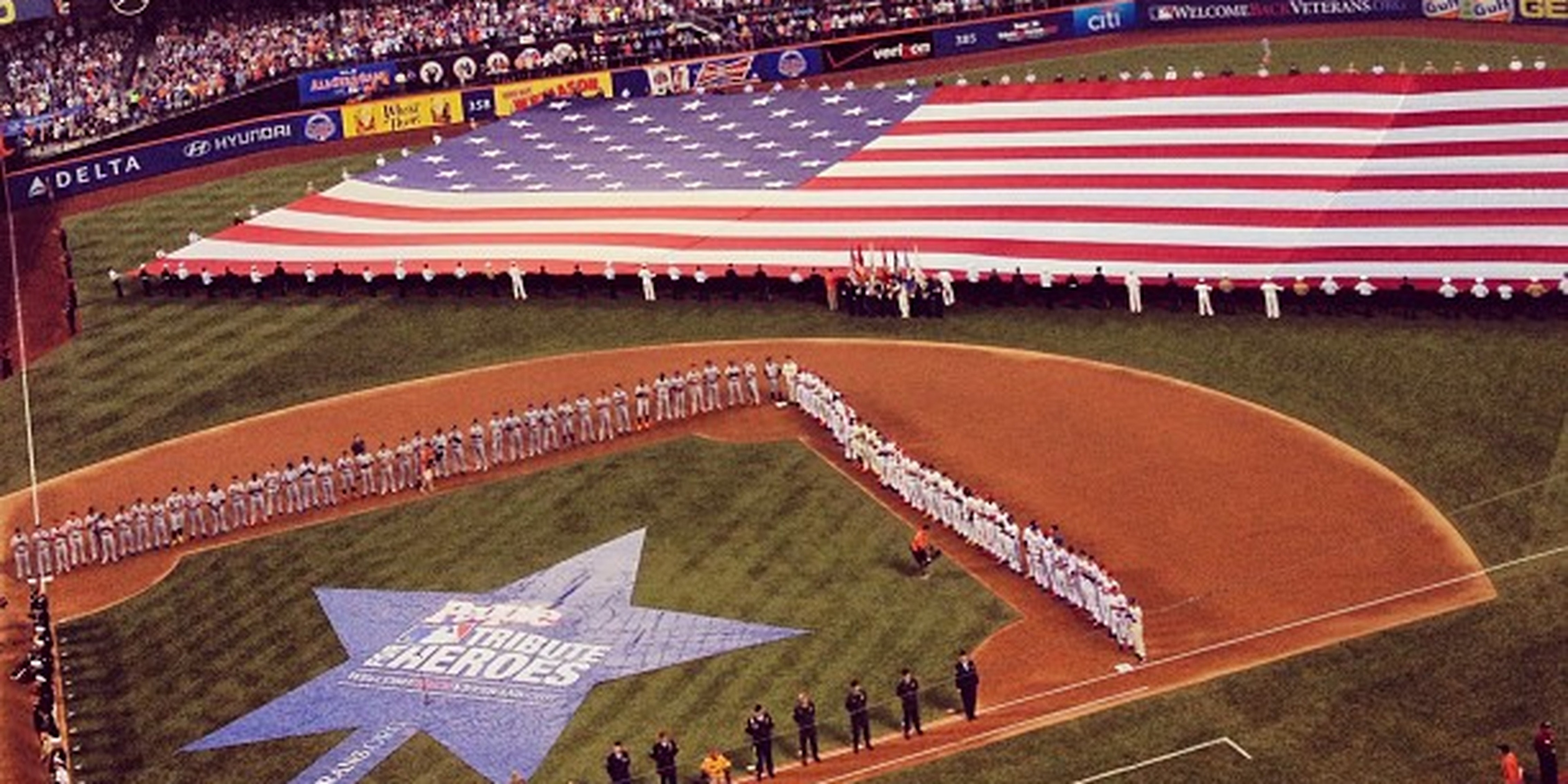 Dylan Masone apparently landed in jail for this little stunt, making it a night to remember for all the wrong reasons.

During Tuesday’s Major League Baseball All-Star Game, one guy tried to make himself famous by running onto the field. As history tells us, those plans never quite work out, and such sports venue invaders usually wind up in cuffs.

It was a cadre of Twitter users that implored this young man to hit the field at the New York Mets’s home of Citi Field before he got stopped in his tracks by a security officer.

Deadspin tracked down the alleged tweets from Dylan Masone, showing how he went from excited All-Star Game attendee to playing field intruder to boy getting chewed out by his mother.

It seems he regretted making the pledge, but he stuck to his guns to carry out the invasion anyway.

@TravisQuattrini i hope i dont get to 1k lmao

blame it on social media, love you all

After he hit the threshold, Masone’s mother wasn’t too keen about the prospect of him getting arrested.

ma stop yelling at me… pic.twitter.com/a2ly1HFxs7

His girlfriend was also against the idea, at least at first.

What is wrong with my boyfriend….

Dylan won’t do this I know him to well… #bitch

Ill let you marry me if you do this @MasoneDylan

After Masone was tackled and led from the field, someone who is seemingly a friend shared a photo of him being escorted away.

As for Masone’s girlfriend, she was worried after the weight of his actions sank in.

It was funny until reality set in…

He’s only spending the night

God I can’t even breathe

Sprinting onto the field may have only taken a minute, but the night’s going to be hard to forget—for better or worse. Not only did Masone apparently find himself in jail, he might have to pony up the cash he received for graduation for bail. What’s more, he’ll be forever linked to the incident any time someone looks up his name on the Internet. And he of all people should understand how quickly bad information can spread online.

Really, though, no one but Masone can truly shoulder the blame for his action, but it’s at least a little your fault, Twitter.

UPDATE: Masone faces up to a year in jail, prosecutors said. He pleaded not guilty to interfering with a professional sporting event at his arraignment, according to the Associated Press.  He also faces $5,000 in civil penalties, and a $1,000 fine if convicted. He was released without bail and has a Sept. 11 court date.