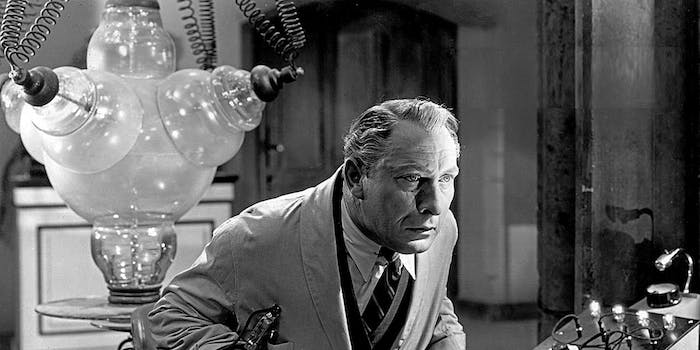 The golden rule? Respect how someone identifies and don't be a huge jerk.

In a recent article, “I am an antelope. Check your privilege before you question it,” my old friend and former employer Milo Yiannopoulos, who I’m sure won’t mind me taking him to task, parodies some common arguments that liberals, and especially liberal academics, use to argue for trans rights. He snarkily throws around terms like “entrenched, oppressive orthodoxy” and “shameful heteropatriarchal violence” as a way of making fun of liberal intellectuals who use these terms to explain why it is important to respect the trans community, and why it is harmful to deliberately misgender people (e.g. refer to people as a gender other than the gender that they themselves identify as). (Disclosure: Yiannopoulos is the founder of The Kernel, a media property now owned by the Daily Dot.)

There is a sense in which Yiannopoulos is correct to poke fun. In activist online communities, an obsession with academic-style critiques of language and social constructs can get wildly out of control. Tumblr activists, in particular, have developed a reputation for being strident, aggressive, and insular. They examine the layers of every possible oppressed category, so that arguments that should be about compassion and sympathy for human beings instead become weighted down with so much abstract jargon that one wonders if outsiders are even meant to understand them at all.

It’s no surprise when people just give up. If you really want people to understand trans rights, talk of identity politics, oppression by pronouns, and “gender as a psychosocial phenomenon” are quite simply the wrong arguments to make in most mass media forums.

So let’s dumb it down a little. Here are two good reasons why you should respect trans people and their gender that have nothing to do with heteronormativity, patriarchy, or any other words with more than three syllables.

1) Don’t be an asshole to people

Yiannopoulos made his points about trans politics by making an analogy: He claimed that he “really feels” he is an antelope, and people should respect that. (Of course, this claim isn’t true. The article would in fact be much more interesting and thought-provoking if it were.)

I have a different analogy for you to consider. Suppose I have a close friend, or maybe even a child or a sibling, who says he is straight, but who I think is “really” gay. In fact, I’m absolutely convinced that he is closeted and is simply lying to himself and everyone else when he claims to be heterosexual.

What should I do? Should I mock him? Should I constantly needle him by referring to him as gay? Should I talk about him as if he is gay to other people, and constantly insinuate that he is gay every chance I get? Should I force my opinion of who he “really” is onto him at every turn?

Of course I shouldn’t! This is someone I care about. This is my best friend, or my brother, or my son. Why on earth would I disrespect him like that? It would be mean and insulting. Instead, I will accept him as a straight person, until that time comes—if it ever does—that he decides to come to me and confide in me that he thinks he is not. At that point, I will love him just the same.

This is common sense for anyone who actually cares about other people. A good friend, a good family member, is someone who gives people space to define and explore themselves. Because in the end, the fact that you “disagree” just doesn’t matter when you care about someone.

People who argue against trans rights, and by implication against respect for trans people, obsess over the notion of what it means to be a “real man” or a “real woman.” This fixation is apparent in the article by Yiannopoulos, as well as being the sole focus of the bluntly stated op-ed “Laverne Cox is not a woman” by journalist Kevin Williamson. People who would like to dismiss the importance of respecting trans people want to focus entirely on technical definitions and what they consider to be “objective truth.”

Why? Because then it is no longer a conversation about how to treat human beings. Instead, we’re off to the races in academia! Now the argument becomes all about how the word “woman” is defined (or, heaven help us, how the word “real” is defined), and the general public quickly loses interest.

None of that matters when we are talking about respect and love. If you think your son is gay, and he says he is straight, you don’t pick at him and tell him he’s “objectively wrong.” You don’t constantly remind him that you disagree. You just accept him for who he says he is. The fact that “deep down” you think what he is saying is “really false” simply isn’t as important as treating someone you love with caring and respect.

The same thing is true when you interact with members of the trans community. Maybe you really, truly, and deeply believe that your trans daughter or friend is “really” a boy. Fine. So what? It’s your opinion. Keep it to yourself, and don’t be an asshole about it.

2) You’re not a psychologist

A lot of people who know absolutely nothing about the psychology of sexual or gender identity like to go around using terms like “mental illness” or “disorder”—and then someone points out to them that people who have been studying gender and sexuality for decades think it’s not a disorder, their reply is something like “Well, I just disagree.”

Let me ask you a question. What is your opinion on whether the correlation between the firing of neurons in the visual cortex of the brain plays an important role in visual processing? Chances are very good that you simply have no opinion on the matter, unless you happen to be an expert on this topic, because you literally don’t know enough to have an opinion one way or the other.

We could try something else. What causes the emission of short bursts of light from imploding bubbles in a liquid when excited by sound? Do you side with the people who think it’s caused by proton tunnelling, or those people who think it is a quantum effect?

So why would you do it with psychology?

Leave the debate about what is or is not a “disorder” to the experts. Not because of some kind of bias toward intellectual elitism, but because they have been studying this stuff for a very long time and they honestly know more than you do about it. People do research. People learn things. People examine data.

If you’re not a surgeon, you shouldn’t stand by an operating table and second-guess the surgeon’s approach to a heart transplant. If you aren’t a psychologist, you shouldn’t be speculating about whether any particular attitude about gender self-identification is “rational” or “reasonable” or “healthy.” It’s not your field of expertise; so don’t act like it is.

Gender is a very complicated issue no matter how you approach it. The real science of gender is hotly debated and still being uncovered. But in the end, the issue of trans rights is not complicated at all. Just don’t be an asshole to people, and don’t talk about things you don’t actually know anything about.

Editor’s note: This story has been updated to address Milo Yiannopoulos’s affiliation with the Daily Dot.