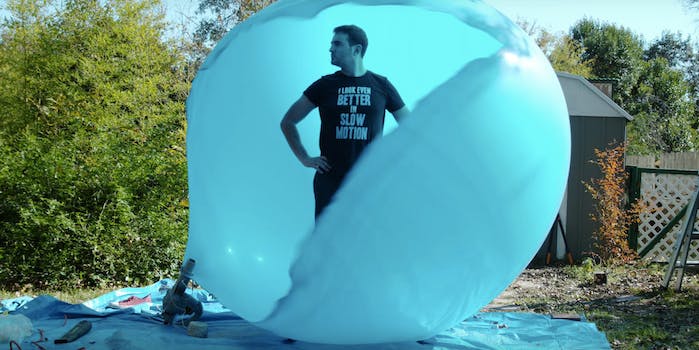 Last year, YouTube‘s Slow Mo Guys managed to get a grown man into a giant water balloon so they could pop it in slow motion. It was awesome. Understandably, people have viewed the stunt almost 60 million times.

Now the boys are back with an even trickier proposition: Get that same guy into a balloon filled with air for another slo-mo popping. Not so easy.

But somehow, they pulled it off. And it was well worth the ridiculous effort.

There’s nothing more majestic than a British guy hatching from a plastic blue egg.

Is there any shot as beautiful in all of Terrence Malick‘s work? There is not.