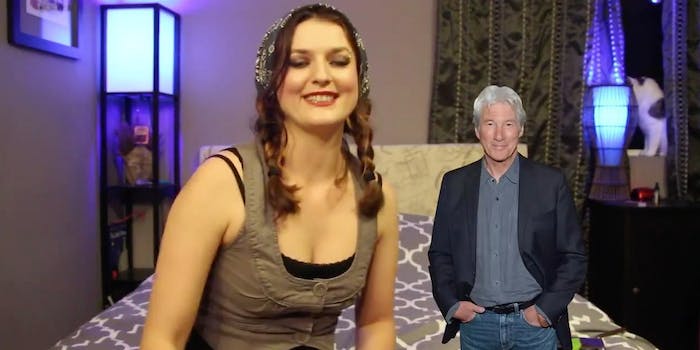 The movie that made Richard Gere a household name.

Believe it or not, the world still has a minor population of people who’ve never seen Star Wars. While this is an obvious travesty, at least they’re bound to know the basics of the narrative that has transfixed humanity for decades, like who Luke, Leia, and Darth Vader are—right?

You might think that with the franchise looming over the cultural landscape like a Death Star, it would be impossible for anyone to have missed the details of the plot. In fandom, we call this “fandom osmosis,” the idea that you can learn a little about a fandom just from being around other people who are in it. But Star Wars fan Mark Zabala has evidently never talked about the movie enough for his girlfriend to grok more than the edges of the story, as we discover in this hilarious video where she drunkenly tries to explain what she thinks happens in the movie.

Zabala’s girlfriend is a great example of what can happen when you know just enough about a thing to assume you know the details. The story she tells about a swaggering Lu(cas) conquering the galaxy with the help of android storm troopers and stealing Leia from a lifetime of slavery at the hands of secretly not-a-robot Darth is actually a pretty decent blockbuster pitch—even if it has nothing to do with the movie we know as Star Wars.

But hey, at least she was spot-on about Richard Gere!