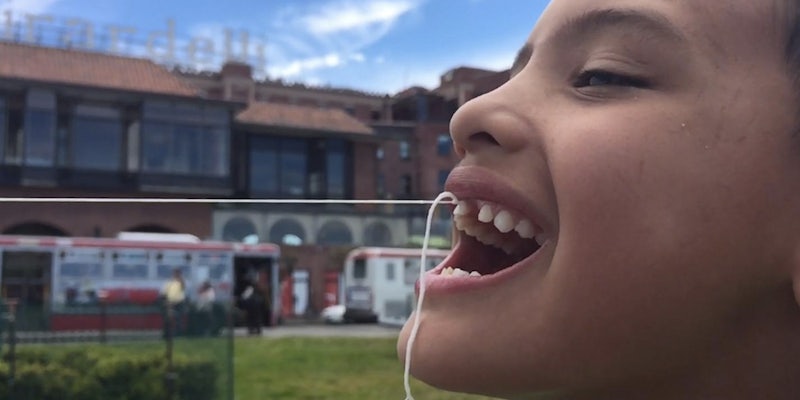 Man uses his drone Phyllis to pull his nephew’s tooth

Forget the old-school trick of pulling out a loose tooth with some floss tied to a doorknob and the slam of the door. All the cool kids are yanked out their baby pearly whites with drones.

Earlier this year, Paul Borrud’s nephew Bruno asked his uncle if he’d like to pull his tooth out. Instead of doing it himself, Borrud volunteered to use his drone Phyllis, and he filmed the whole thing. If you’re at all squeamish, you might not want to watch this video. But the whole thing is pretty darn cool.

Soon we’ll have drones cleaning our teeth and performing root canals too.