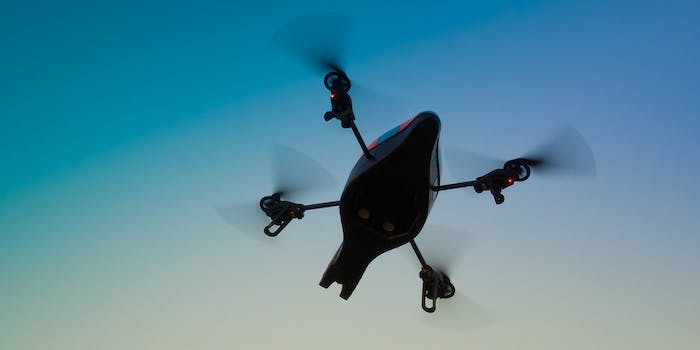 In retrospect, smuggling drugs across the border is actually a perfect use for drone technology. When flown in the right location, a drone can avoid border checkpoints. If a cop does interrupt the robotic drug mule mid-flight, the people on either side of the transaction can just say, “That’s not my drone,” and simply walk away.

It’s kind of a perfect scheme. Except that sometimes drones crash.

That’s precisely what happened on Tuesday night when authorities in Tijuana, Mexico, found a drone laden with six pounds of methamphetamines crashed into supermarket parking lot near the San Ysidro border crossing with California

Tijuana police spokesperson Jorge Morrua said that this incident wasn’t the first time authorities there had seen drug smugglers attempt to use drones to move contraband across the border.

Authorities told NBC San Diego that the drone was discovered in the parking lot just before 10pm by an anonymous citizen, who reported it to law enforcement.

Drug cartels using drones to get their products across the U.S.–Mexico border is a relatively common occurrence. Between 2012 and 2014, the DEA has reportedly registered 150 narco-drones ferrying drugs across the border.

Photo by Mauricio Lima/Flickr (CC BY 2.0)