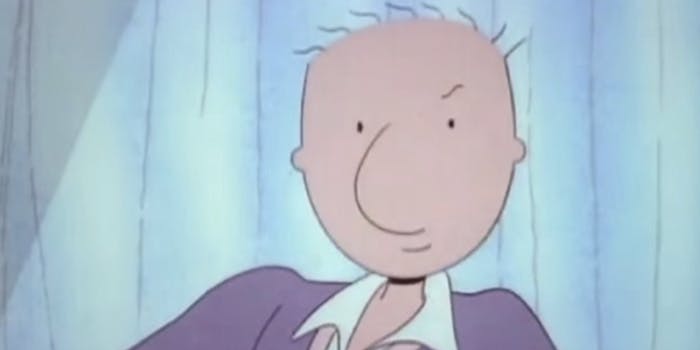 The Internet erupted in furor Thursday over white people covering Beyoncé’s “Formation.” This cycle becomes an inevitability each time a black musician produces an instant hit, and the truth is the world does not need another mediocre acoustic cover of a hip-hop or R&B track—like this take on Ice Cube’s 1992 hit, “It Was a Good Day.”

But one YouTube genius, determined to reimagine Ice Cube’s perfect afternoon in Compton on June 20, 1992, managed not to butcher the song. Instead, isthishowyougoviral synced the original cut of the anthem to clips from the 1990s Nickelodeon cartoon Doug.

The recut video follows a happy-go-lucky Doug Funnie rapping along with Ice Cube. The day seemed so good, in fact, that young Funnie didn’t feel the need to escape into his hand-drawn Quailman fantasies.

“Killer Tofu” artists The Beets did not make an appearance in the music video, however—and it remains unclear whether the events of Doug fall somewhere within the timeline of the irrefutable Ice Cubiverse.